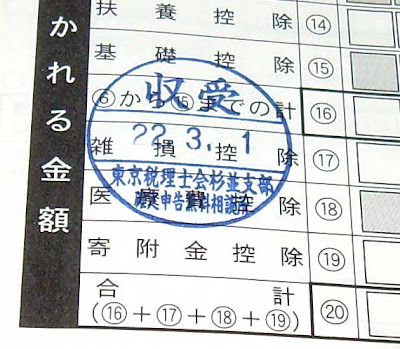 That's right. It's March 1, and the year is 22.
The Japanese use both the Gregorian calendar years that Western folks use and their own system based on the number of years that the current emperor has been in power. The current emperor's calendar is referred to with "Heisei". This year is Heisei 22. Any time one does business with the government, and in some cases fills out various forms for other purposes, one has to use the Japanese system. Since it is used so infrequently, it's easy to lose track of the Japanese year and troublesome converting back and forth.

I won't miss having to convert the year to the emperor-based calendar system.
Posted by Orchid64 at 12:15 AM