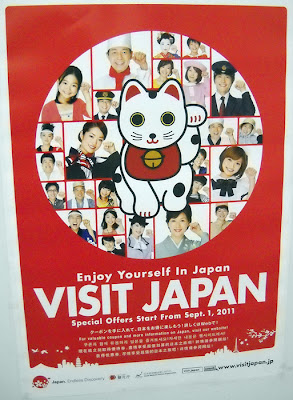 One of my students recently went on a package tour to the U.S. As part of the deal, she visited Las Vegas and took a bus to the Grand Canyon. I told her that I was surprised at this pairing because those two places aren't exactly easy to hit during one short vacation. She responded essentially with 'they're pretty close to each other.' That was before she went on her trip. After she came back, she expressed shock that she needed a 6-hour bus ride from one place to the other. Because Japan is relatively small, it is difficult at times for Japanese people to conceptualize how huge America is. Since I'm from the U.S., I'm aware of the time it takes to get from place to place and I know when I go back that "travel" will mean quite a different experience back home. "Seeing America" is a lot harder than seeing Japan. Aside from the most urban of areas, you often have to cross a whole lot of nowhere  before you can get somewhere.

While it is hardly trivial to cover the whole country, visiting areas of interest is generally a lot faster and easier in Japan because of its relatively compact size and I'll miss that.
Posted by Orchid64 at 8:00 AM