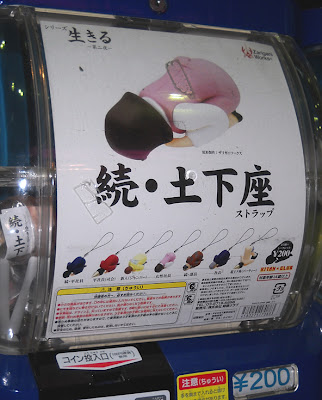 Among the many things I have said which have sparked arguments with other foreign people in Japan was the fact that we regard our bosses in the U.S. as being of relatively equal status to us. Conversely, in Japan, there is the sense that your superiors and those who have seniority have a higher status than you. The issue of status at work is often confused with the issues of power and authority. In the U.S., your boss has more power and authority than you, but not a higher status. You have to do what he says, but you don't have to be deferential, pretend you agree when you don't or overtly show respect to him. You also don't have to perform trivial tasks outside of your job description just because he wants you to do them. In Japan, there is a complex web of status-related issues and behavior based on relative positions, departments, gender, age, etc. Depending on the situation (especially in business), it can be quite complex and require you to follow unwritten rules or unspoken protocols. I have run afoul of Japanese coworkers at times for unwittingly doing the wrong thing in regards to status, and frankly, I think it's unfair to give someone a benefit which has not been earned.

I won't miss the way status must be addressed and responded to, particularly when I have to defer to someone because he has a penis, has worked a few more months than me, or simply works in a department which is deemed to be more valuable than mine.
Posted by Orchid64 at 8:00 AM