Random Thoughts: You are where you live 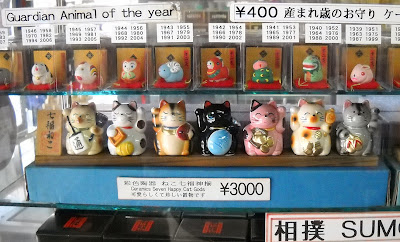 A very long time ago, when my husband was my boyfriend and we were in love but had never met face to face, we had an argument about children not yet born. Though it turned out that these hypothetical children were never to be and all our disagreements were moot, the exchanges we had on this topic are forever preserved in our audio correspondence from 1987.

One of the many topics that we disagreed on was whether or not parents were obliged to fund their children's further education should they decide to go to college. I was of a mind that, if you procreated, you owed it to your kids to fund their education. He was of the opinion that, if your offspring wanted a higher education, he or she should get a job and pay the way on his or her own. He not only said this, but suggested that it was easy enough for one to get some random office job and rake in some scratch. When I heard him say this, I openly scoffed in reply to such an absurd notion.

This exchange illustrated a fundamental issue that many people fail to understand. That is, in my husband's "world" in the Bay Area (in California), a young man with some brain cells to rub together could go out and grab an office job via a temp agency and save a tidy sum for whatever his needs were. In my "world", in rural Pennsylvania, any job of any type was hard to come by. Office jobs were generally reserved for professionals, not young guys looking to pay their car insurance or college tuition.

Both of us assumed the world operated according to the fundamentals that we grew up in. It didn't occur to us that life could operate so differently because of the real estate we occupied. In fact, like many people, we assumed the core of life and people was the same, but the superficial aspects were different. That is, he had sunny winters and I had gloom and heavy snow. Our cars had to have winter tires and snow chains and theirs were good year-round. We didn't think about the fact that there was more to it than such trivial differences.

When thinking about Japan, or life in any foreign culture, I think people often view the differences through a similar superficial lens. That is, they think that, at the core, the people are the same, but the little details are different. We sleep in beds. They sleep on floors. We tend to drink coffee. They tend to drink tea. We eat meat more often and they eat fish. They are comparatively polite and passive. We are comparatively rude and aggressive.

These observations, while true, regard the central character of individuals as roughly similar. They assume we're operating from the same core and making choices based on available options, but it's much deeper than that. My husband was a calm, placid, somewhat lazy, even-tempered optimist. I was an anxious, hard-working, temperamental and passionate pessimist. Both of us over the years have gravitated more toward the center, but our characters were shaped as much by environment as by genetics. A recent study talked about how weather, geography, etc. shape character. That notion that Californians are laid back? It's as much about the region as anything else and it's true.

The same holds for Japan, of course, and every other country. Living in close quarters and in largely hostile land (quite mountainous so therefore harder to build on and cultivate agriculture) with few natural resources with just enough weather variation to create life-threatening hardship creates people who need to go along to get along. While an American may look at a Japanese person and think that he simply can just make a choice to stand up for himself rather than suppress his opinions, that option is frequently as out of the question for him as it was for my hypothetical future child to casually go out and grab an office job in rural Pennsylvania.

That isn't the world that a Japanese person lives in. The notion that it is possible seems a little on the absurd side. They have to live in the world they're born into and can't simply make the same choices that could be made in the world you're born into. It's difficult for us to fathom that, but there are consequences that are far more dire in Japan to self-assertion that do not exist in the West.

Though things are changing, there are more serious consequences to being outspoken in Japan than there are in places like the U.S. One of my last students in Japan, a much older woman who I only taught twice, was an excellent example of the price one pays for being outspoken. She had lived a unique life off of the beaten track. She talked about how her family was "weird" because they ate steak instead of fish and that she was viewed as strange not only because she had lived in the U.S. for some time, but also because she had never married. Of course, no Japanese man would have endured her.

The career impact of her oddness, that is, her not keeping her mouth shut, was that she had to follow a path in which she had no coworkers. She chose to become a practitioner of Chinese medicine after spending some time being a stylist in the fashion industry in New York City so she could do her own thing as no one else would have her in their company. She said that she had no friends at all in Japan because of her inability to keep her opinions to herself. What is more, she was not the only person who told me this. On more than one occasion, a student told me that he or she could only talk about this or that topic with me because doing so with other Japanese people would result in ostracism. The option to speak freely simply was not on the table for them.

My point in this post is not to talk about how oppressive Japanese society is in terms of the level of expressiveness being there permits. It's rather to create a perspective in my reader's minds about how worldview isn't something we get to choose in many cases, but rather chooses us based on where we are born and the circumstances we are born into. What seems like a simple and obvious choice to us, like my husband's notion that one day a grown child of ours could get an office job and earn a tidy sum for college because that was what he could do, is not so simple, certainly not obvious, and sometimes impossible for other people. When one fully embraces this idea, it becomes easier to understand why others, both within and without our own culture, make choices that make no sense to us.
Posted by Orchid64 at 8:00 AM