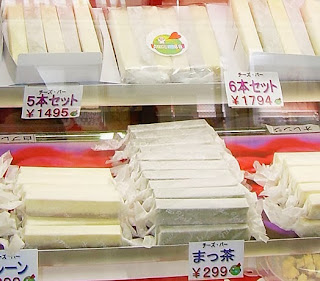 Now that I'm back in the U.S. with access to all of the types of sales that are common here, I conceptualize what it means to be able to buy a lot of something in order to get it cheaper. One of the common sales here is at Safeway supermarket at which I can buy cases of soda for about half the usual price during sales. They tend to do a "buy 2, get 2 (or 3)" free deal. Sure, we have stacks of soda sitting around for ages, but there is an enormous price advantage.

What I have realized is that, except on the rarest of occasions, the economies of scale gain isn't really worthwhile for a "family" of only two people. You can often buy a dozen donuts for a cheaper price than each donut individually sells for, but the two of us can't possibly consume them (and our freezer space is too precious for such an indulgence). Given the small sizes of things in Japan, economies of scale were actually more useful there than they are here.

It turns out that economies of scale sounded a lot better in theory than in practice and it's not really an issue here... either that or it was an issue there and only there. Either way, it doesn't appear to matter anymore.
Posted by Orchid64 at 8:00 AM