Will Miss #533 - the liberal zoning laws 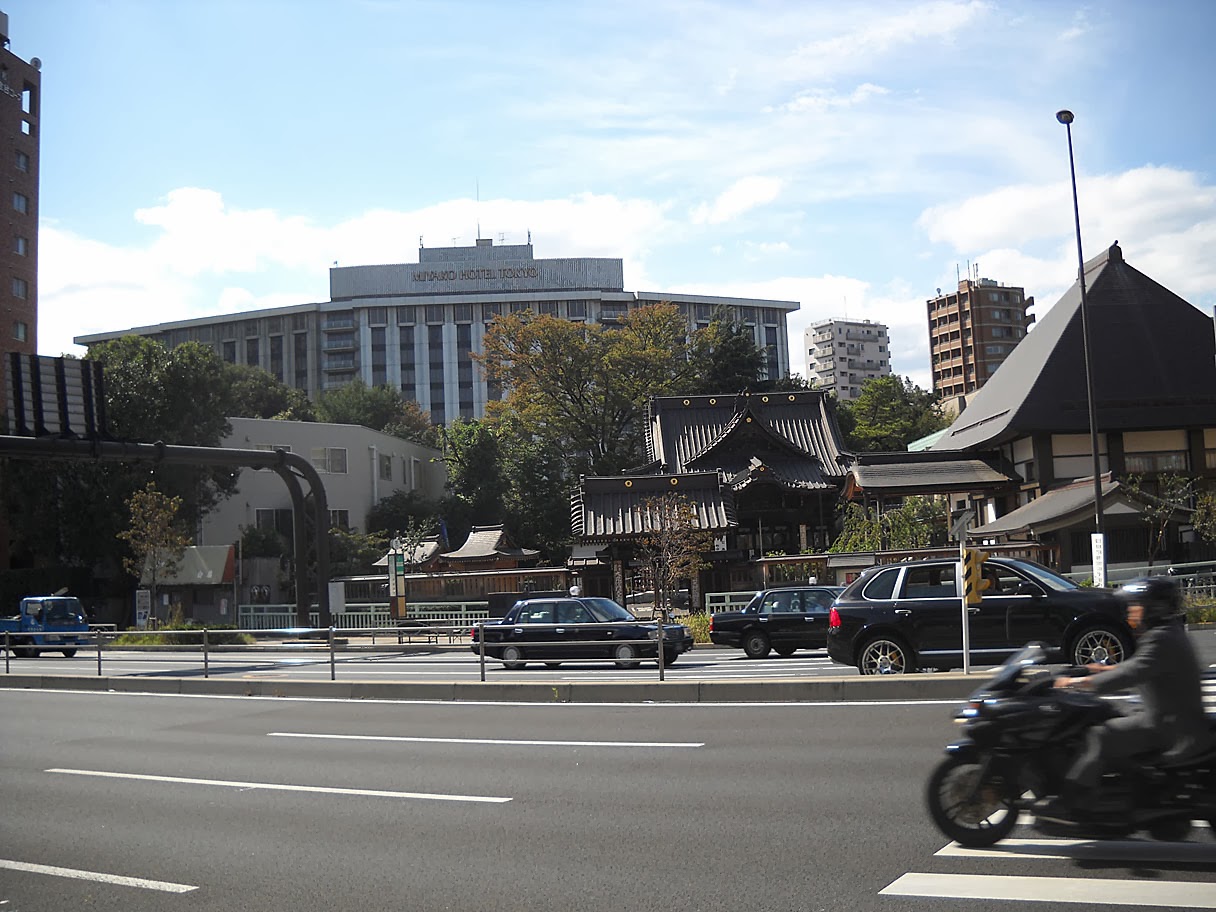 A restaurant (with vending machine in front), temple, hotel and apartment complexes all in close proximity. I don't know if this is usual for cities in the U.S., but it's the common crazy quilt in Tokyo.

I grew up in a rural area, so things like zoning laws never really meant much to me. There was so much land between homes and businesses that it never occurred to me in my youth that people shouldn't or wouldn't be allowed to build anything anywhere they wanted to. My husband, on the other hand, grew up in the suburbs and was aware of the way in which small cities and large towns drew lines between where business and homes could be located.

I have a relic from my past which is a jewel in my collection of Japan memories and that is the very first cassette tape that my husband made for me when he started his one-year contract in Japan. That tape is full of initial impressions made by someone who just got off the boat. When you live in a foreign country long enough, you become blind to things which you could see very clearly at first. One of the things that he noticed was the apparent lack of zoning laws which resulted in a mixture of businesses and residences.

Since I have never lived in a major city in the U.S., I didn't think twice about how much more interesting and colorful Tokyo was as a city as a result of the way in which shops and homes freely intermingled. In fact, they not only were up in each others businesses, but they shared buildings. It was very common for the first floor of an apartment building to contain a convenience store, a tea shop, or some other "mom and pop" establishment. I loved this when I was in Japan because it not only made things more convenient, but also you were never too far from a useful shop. I miss the way the liberal zoning laws allowed residences and businesses to mix.
Posted by Orchid64 at 8:00 AM