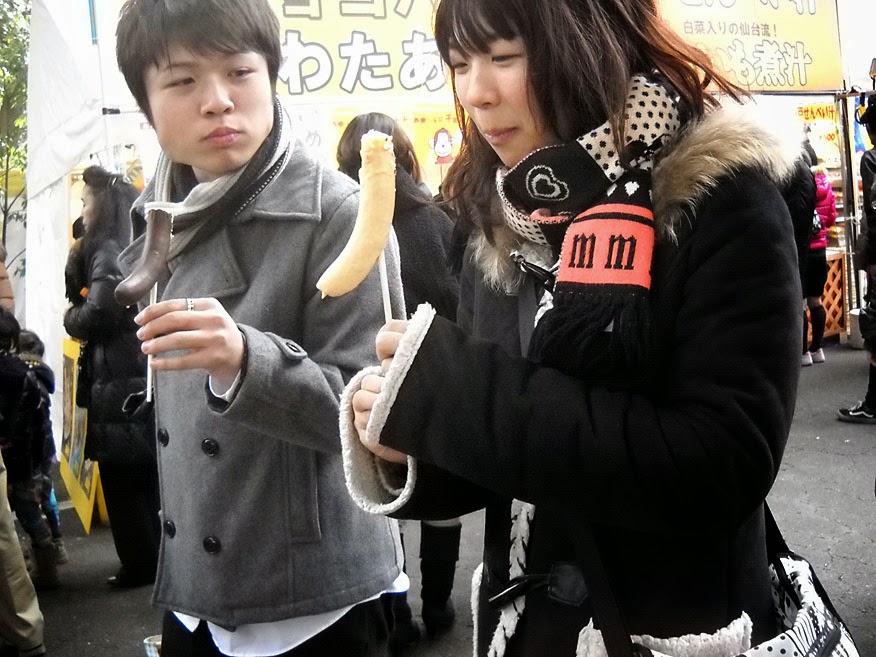 No resolutions, but plenty of bananas for New Year's day consumption. No, I don't know why, but there are always chocolate-covered bananas around the shrines.

Most years, after returning from the holidays, I asked my students whether or not they made any New Year's resolutions. Each time I asked this question, I got a quizzical look. They didn't understand the word "resolution" and that was a part of their confusion, but even after I explained it, the concept appeared fairly alien to them. In my experience, the Japanese are not in the habit of making such resolutions and, to my mind, that is all for the best.

I've read that most people fail at their resolutions within three months - five months on the outside. The key to lasting change and accomplishing ones goals is not to indulge in excess for a month and then do a 180-degree turn-around on a given date, but to make gradual progress toward a goal and to exercise moderation. I miss the fact that people aren't talking about New Year's resolutions at the end of the old year and the beginning of the new one.
Posted by Orchid64 at 8:00 AM