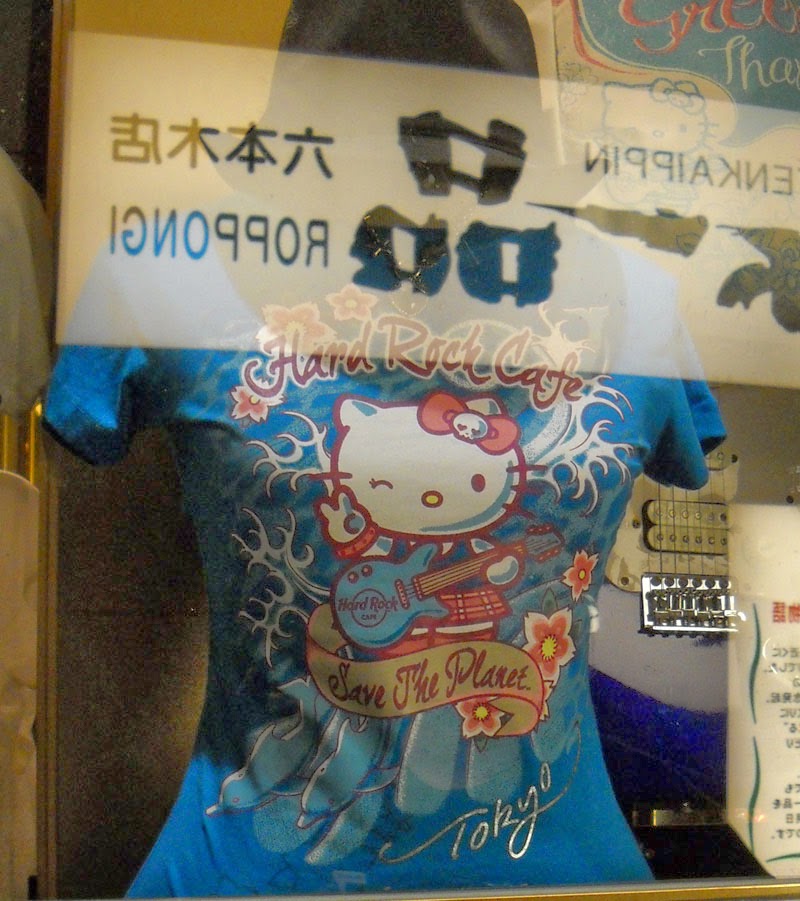 Part 1 of this short series is here.

From the straight arrow junior manager (CJ), Alison moved her attentions to a rock-and-roll student - literally a guy who was musician - who I'll call "Koji" (I don't remember his name). She was always thrilled when she showed up on her schedule for a conversation lesson. We even swapped classes sometimes to give her more face time with him.

Early on in my time at Nova, teachers could do this, though it didn't happen too often. Generally, teachers liked high level students and disliked low level ones. Koji's English was on the lower level at that time and I'd trade off his class for a higher level class of Aly's any day. Since the students never knew who their teacher was supposed to be (unless they requested a one-to-one lesson with a particular person), they never knew the difference, though I think old Koji may have caught on after seeing Alison's face on such a regular basis.

Aly's hunger for this musician with a Jon-Bon-Jovi haircut was not sated for quite some time. He resisted all of her attempts for several months. In the end, they had a drunken hump in an alley after some imbibing at an izakaya. If the experience had occurred between a foreign man and a highly-inebriated Japanese woman, I think people would have viewed it as predatory and maybe even called it rape. Since it was a woman who went after a man, I think they'd think he "scored".

The truth was that Alyson's "scoring" was not going particularly well at this point. She'd had two liasons with two different Japanese men who she'd lusted after and neither had had a satisfactory conclusion for her (or likely for them). After the drunken back-alley boff, she and Koji were both too embarrassed to have any other exchanges of any sort and he eventually cut his hair and the shine really went off of him. After this, instead of trading for Koji's classes, she was trying to trade them away to other teachers.

Alyson was one of several people whom I met in Japan who worked in a place that required a university degree yet they did not have one. In her case, she came to Japan on a tourist visa with a duration of three months. She did something that many people do who want to work in Japan, but lack the credentials. That is, she stepped out of the country briefly by visiting Korea and then came back with another tourist visa that would afford her three more months in paradise. She managed to accomplish a nearly unprecedented three times. Most can't go beyond twice, but I think being female and British helped her along as the Japanese were very unlikely to see her as a sponge or a criminal (and they couldn't see her tattoos).

After nine months, however, she was out of time and her pursuit of Japanese men had to come to an end. There was no way that the immigration officials would let her go for a fourth round so she had to leave Nova and Japan. She had to go, but she vowed to return.

Fortunately for her, Aly had worked for a printer in England. She went home and used her old connections to create an extremely realistic-looking fake diploma. Since she wasn't relying on some mail order place that was photocopying them off for cheap, she could do a much better job than most.

After a suitable interval back in England to insure that she wouldn't get turned away at the gate for coming back too soon for a tourist visa, she came back and looked for a job at which she could get visa sponsorship. She found work at a kindergarten that would sponsor her and augmented her work there with jobs at a juku ("cram school" - like a prep school or augmented learning depending on the school) and a culture center. "Culture centers" in this case meant areas sponsored by local governments to allow bored grannies and housewives to spend their days doing something other than shop and fret over their kids' futures.

Through Alyson's work, I learned a bit more about the Japanese education system and the structures that exist to support it. Since she worked with kids for the most part, she  had experience with a situation that I didn't want to go anywhere near. For instance, I learned that, when a student failed one of her tests at the juku, she had to make a new test that was easier so that they could pass it. What the student learned was less important than the students' ability to feel successful. The juku was a business, after all. They didn't want the customers to feel bad about going to them for help in passing their university entrance exams.

It was also through Alsion that I discovered that teachers were expected to do pretty much everything with the kids when they taught at the kindergarten level. This included taking swimming classes at a pool at the school. This was something which Aly could not do because of her tattoos so she had to lie and say she was deathly afraid of water or she would call in sick. The employees there were critical and overtly expressed doubt, but they did not insist that she don a bathing suit and get in with the little ones.

While she was working at these places, Alyson developed a higher interest in learning Japanese language. When she was at Nova, she was pretty indifferent to it and, in fact, overtly expressed that she had no interest in learning the language. She also found that no one really wanted to speak or learn English even at the culture center that catered to older women who studied volitionally. It was easier and more enjoyable for her to just chatter in Japanese with people so she started studying seriously.

Around this same time, my husband also started to go to Japanese school and study Japanese seriously as well. In fact, we decided that he would quit his job and I would work full-time to support us while he did so. We did a full role reversal and he was the househusband and I was the breadwinner. I note this because, unfortunately, this turn of events would eventually bring about the end of my friendship with Alyson, but I don't want to get too far ahead of the story.

As several years passed, Aly started to change her look and attitude. She stopped wearing her hair in enormous and voluminous waves in her natural brown and started to dye it black and iron it flat. She lost a little weight (she was never fat, nor really even plump, but just had a bit of meat on her bones) and became downright petite. She also dressed far more conservatively and gave up her billowly Bohemian look for plain clothes in more tailored cuts in black or sedate colors.

It was clear that she was "turning Japanese" in overt ways. She not only wanted to talk like the natives. She wanted to look like them. This was, to be honest, somewhat disconcerting. I'd never known any foreigner who had modified their appearance in order to fit in with the look of Japanese people. I could certainly understand why she did it, but, at the same time, I thought it was probably not really good for her to abandon her unique identity in an attempt to adopt a compliant one with a group of people who would never accept her as one of them.

By the time Alyson had entered her Japanese-look-alike phase, I had entered the phase of adaptation where I was angry and hated everything around me. She told me, likely more than once, that I should leave Japan if I disliked it so much. This didn't put a rift in our friendship, but it probably didn't help hold it together, especially now that we were working in different places. (to be continued)
Posted by Orchid64 at 8:00 AM