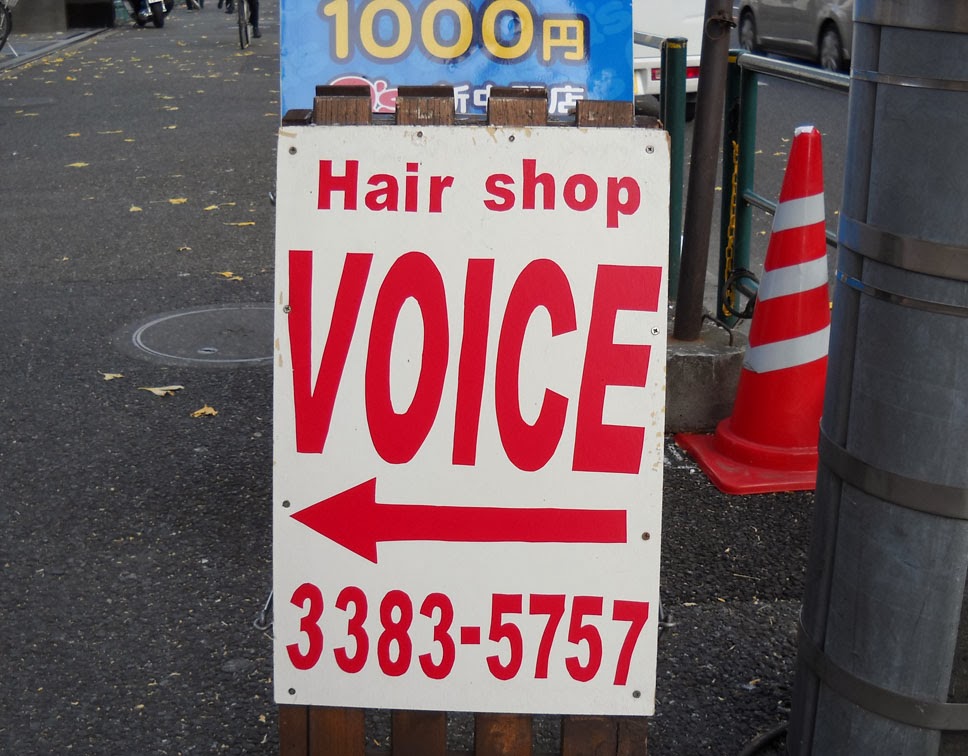 One of the things that used to happen to my husband or me on occasion in Japan was that we'd run across a person who'd stop us on the street and look at us with recognition. This person would then say, "do you remember me?" Sometimes, we would remember this person, but, at least half the time, we would not.

In the long history of my work in Japan, I spoke with hundreds of people face to face. If you count the people I did telephone lessons with, then I easily spoke to thousands. The problem with being a teacher for a long time in Japan is that you see so  many people and they see so few of you. It's easy for them to remember one of a handful of English conversation teachers they've met in their lifetimes. It's rather hard for you to keep track of the enormous numbers of students.

In order to remember one particular student, one of two things has to happen. You will have had to have taught that student a lot relative to any other student or over a very long period of time. If not that, then that student would have to be incredibly memorable when seen in contrast to other students. Given how hard Japanese people try not to stand out, particularly in a  small room while taking part in an English lesson, this is not really a common occurrence. They want to be invisible in the group, not recognizable.

I have mentioned before that I spent two years at Nova conversation school when I moved to Japan in 1989. There are very few students from my time there that I remember because everything was so new and much of it was a blur. I remembered the teachers far better than the students for the most part, especially the ones that I socialized with and the crazy one. One of the few students that I remember, and can't imagine ever forgetting was Mr. Matsubara. I've mentioned him in passing before, but never fully talked about the experiences I had with him or the reflections I've had as a result of having known him.

For the overworked and underpaid teachers at Nova, Mr. Matsubara was a pain in the ass. For starters, he was there practically all day most days. Nova sold lesson tickets and the cheapest way to get them was to purchase 300 at once. Most people ended up wasting them as there was a time limit on redeeming them. This is how Nova kept afloat financially despite their low prices, at least in those days. They didn't make money off of high volume and low margins, but rather off of purchases they never fulfilled.

Mr. Matsubara wasn't someone who was going to lose his lessons. He'd book the entire day taking either a group lesson with one teacher after another, hop-scotching through the schedule leaving disappointed teachers in his wake, or parking in the "Voice" lounge for as long as possible each day.

The "Voice" area, for those unfamiliar with the way Nova worked, was a large room with comfortable chairs and sofas in which students could sit and "chat" with teachers as if it were a sociable encounter and not a lesson. There was no lesson there, just free conversation, though it was incredibly hard work for the teachers as students were often passive and stared mutely while waiting for the teacher to yammer on and entertain or to query the students endlessly to get them to actually speak. Voice was the most exhausting part of work there even though it was supposed to be more "relaxing" for teachers.

Every time one of us discovered we had Mr. Matsubara in a lesson or spied him in the Voice room, we'd audibly groan at the burden being placed upon us. For one thing, he could get angry for inexplicable reasons. If he didn't like the way the teacher was approaching the lesson, if he happened to be stuck in a class in which he'd already done the text material before (which happened a lot due to Nova's limited scheduling and small pool of course material), or if he was just having a bad day, he'd clam up and refuse to take part. An air of fury surrounded him at those times as his eyes darkned, his jaw clenched, and his brow furrowed. His countenance was not unlike that of a child ready to have a tantrum. This turn of events not only made the teacher uncomfortable, but the other students as well.

Even when he was feeling like participating in a lesson, strange things would happen with Mr. Matsubara. He would be talking in halting English with poor grammar that the most careful and consistent correction could not unhinge, and suddenly, he'd just stop. I don't mean he'd stop speaking English, I mean he would stop. He'd close his eyes and go unconscious for up to a minute. Suddenly, his eyes would pop open and we'd all be looking at him expectantly. He'd act as though nothing had happened and just sit there waiting for the teacher to carry on. Eventually, you learned to start carrying on long before he popped out of his fugue state as there was no point in waiting it out.

At the time, I knew that this was almost certainly petit mal seizures that he was having and I assumed that was the reason that he no longer had a job and spent his days making the teachers crazy and the students uncomfortable. Over time, and with increased understanding of Japanese culture, I came to understand that it was almost certainly more than that. Something really terrible had happened to Mr. Matsubara and we all knew it, but we never knew for certain what it was. And, lest I mislead you, there isn't a surprise coming in which I reveal what happened to him. There's just some speculation. We would never ask him why he didn't work anymore even though he couldn't have been older than 55 and he would never volunteer to tell us. It will always be a mystery.

One thing which was always puzzling about Mr. Matsubara - one thing besides the blanking out and going dead and the mood control issues - was that he always wore a suit and tie. Though he was spending all day in English lessons in which other men were wearing casual clothes if they could (if they weren't coming after work or during lunch), he always wore a full businessman uniform. I realize that this was likely because he was going out every day and putting on the appearance of a normal Japanese businessman for some particular reason.

I don't know if he was lying to his family and saying he was going to work when he was not or if he was just putting on a show for the masses of strangers who rode the trains with him, but he was keeping up a front. Beyond that, he possibly was clinging to his identity as a working Japanese man as it is very likely the only identity he had in his adult life. This was 1989-1991 when Japan was still in an economic boom and a man without a job was a man without a life or a reason to live. That's still the case now, but the continuous decline of the economy makes a man who isn't going to work everyday less a failure than one of his country's politicians and business concerns.

The other point about Mr. Matsubara which was a clue to me that something more than the bouts of unconsciousness were the reason for his lack of employment was his temper problem. More than one Japanese person told me that they believed only children failed to control their emotions. What was more, in the Voice room, Mr. Matsubara argued his point of view with teachers. Most Japanese people, when confronted with a counterpoint, will clam up - that's if they're willing to offer an opinion at all. In many cases, a student will only offer an opinion after the teacher has expressed his or hers, and even then only when that opinion agrees with the teacher's.

I remember one Voice conversation in which Mr. Matsubara was having an argument with a teacher over what constituted "culture". I wasn't taking part in the conversation and was listening as another teacher - there were always two teachers stuck in the Voice room at that time - was debating with him. As the discussion grew more heated, Mr. Matsubara asked me what I thought was "culture" and especially wanted to know if language was included in it as that was part of his point. I told him that I believed "everything" - food, holidays, clothes, etc. - was included in culture, including language.

He was smug and triumphant in what he felt was a victory of viewpoint. I had never seen a Japanese person behave in such a way before and never since. That doesn't mean there aren't people who do what he did on a regular basis. In fact, my guess is that many do it, but generally after some beer and in an izakaya (pub), not when fully sober and around other Japanese folks who are virtual strangers or around foreign folks. Being so overtly confrontational, opinionated, and loud about your opinions is generally frowned upon in Japanese society. It's a ticket to being ostracized and I heard many students tell me they had to keep their traps shut because of this.

Now that I know a lot more about life in Japan, I think that it is far less likely that Mr. Matsubara's health issue with going unconscious would have gotten him fired from a job. My experience demonstrated to me that most Japanese companies will tolerate considerable mental and physical health problems in employees. In fact, they were incredibly tolerant of their Japanese employees in this regard. My company allowed someone who was depressed to take months and months off without question or threat of dismissal. I also knew severely physically disabled people who were employed at a variety of companies.

In retrospect, I suspect that it was the inability to keep his opinions to himself and his emotions under control that likely got Mr. Matsubara expelled from working life in Japan. I suspect that the emotional control problems may have been related to the neurological issues that made him go dead for short periods of time, but that would be, again, pure speculation.

I sometimes wonder what happened to Mr. Matsubara. It's been 25 years since I first met him and he wasn't a young man at that time. Chances are that he has passed away by now or, at the very least, is well into his dotage. I was annoyed by him back then because I was a new teacher at a job that was draining physically and emotionally and he made my life that much more difficult. Now, I just feel sorry for him and hope that he went on to a better life with some sense of personal peace.
Posted by Orchid64 at 8:00 AM