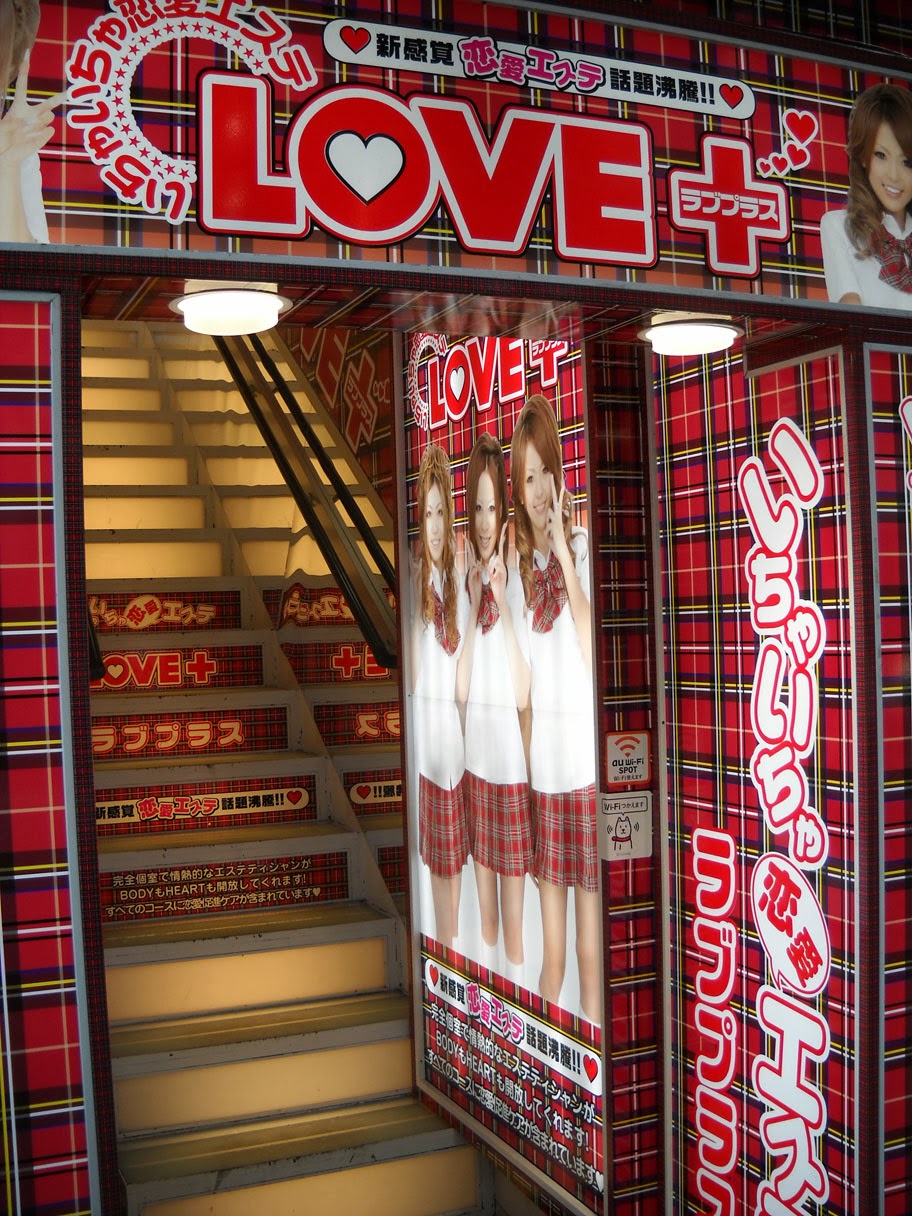 Recently, I've been renewing my interest in chemistry. It was one of a handful of majors that I considered when approaching college and it is one of the few topics which I have not revisited with any intellectual vigor. Fortunately, YouTube and other outlets afford me the chance to "attend" lectures on nearly any subject I may want, at least at the elementary level. A brief search and about an hour later, I was (somewhat happily) struggling with some of the same concepts I'd struggled with back when I was 15.

In the first lecture that I watched, the paths of electrons around the nucleus of an atom was reviewed. Most of us are very familiar with the line drawing of a spherical nucleus with several electrons orbiting it like multiple moons around a planet. At least you're familiar with it if you've watched the Simpsons and know Similin' Joe Fission - part of his body is comprised of a similar graphic.

In real chemistry, it doesn't work so much like this as the electrons occupy multiple positions rather than follow such tidy, static orbits. We can only talk about the probability that it will be at a point close to the nucleus or one further away or follow a particular path. The closer an electron is to the nucleus, the higher the likelihood that the electron will occupy that space as it takes more energy to be further from the center.

Why am I talking about electrons? It has to do with the probability of things that happen in our lives and how occupying a space close to whatever is central is far more likely than occupying a space further from it. The reason I am amazed that  my husband and I got together was that the probability of our coming together given that we had no "nuclear" connection was quite low. If we were electrons, we would only have managed to find each other while occupying the highest energy orbit of the unlikeliest shell. This makes it seem more like fate than random chance.*

The fact that proximity creates relationships is a fact that we embrace wholeheartedly when it suits our worldview and abandon entirely when it does not. It is easy to accept that, as a general rule, you meet your friends and your significant others because you just so happen to reside in the same place - occupying the same "nucleus" as I say in my analogy. Things seem less "meant to be" in those situations and more like they are just the most likely outcomes based on higher probability.

My friendship with Alyson was one of those things which happened because of probability and it never had a sense of fate. We were not meant to be "best buddies" or, as the kids say these days, "BFFs". We did, however, spend quite a few years as exactly that.

Alyson and I were both 24 when we started working for the infamous Nova. She was from England and had worked at a printers shop that made large scale items like posters. The fact that she got hired at all was a reflection of Nova's desperation to get gaijin asses in chairs sitting across from stunned-looking students because she never looked the part. In the late 80's, it was not common for people to have tattoos and nose rings. She had both. She also dressed in a very Bohemian fashion, favoring flowing shirts and pants made of thin textiles.

Alyson's hair was an enormous tangled pile of brunette waves that I found out that she only washed once a month and only combed out at that time as well. Her boyfriend at the time, a fellow British subject who was a hair dresser when he wasn't in Japan, had advised her to follow this regime. He said that it was unhealthy to wash or comb out too often. Considering the fact that Alyson once complained that her boyfriend "didn't like to wash his bits", I'm surprised that she took his opinion to heart in any regard when it came to cleanliness.

Alyson's look was extremely exotic, and while they didn't make her wear conventional clothes, Nova told her she could not reveal her tattoos or wear her nose ring during classes. After one class in which her shirt slipped a little low in the back and a student saw the tip of the tattoo of a dagger that she had on her back, she grew extremely concerned that the student might tell someone in management and she'd be fired. That may seem pretty paranoid, but tattoos on women at that time were connected to yakuza molls and prostitutes. Fortunately, the student did not bother to say anything, but Alyson sweated the possibility for several days. Taking out the nose ring was quite a bit easier, but she did fret that, if she didn't remember to put it back in long enough, the hole might close up.

During our first three months, Aly, as she called herself and suggested we do the same, shared the same schedule as me. That meant we had plenty of time to eat lunch together and talk about what it felt like to be in Japan. I wish I had saved recordings of conversations from that time, but I would be shocked if a lot of it wasn't talk about how confusing the language was, particularly the written part. We also gossiped a lot about our various coworkers and which ones we took a liking to and which ones we did not.

As I mentioned in a previous post on my memories, an extremely immature coworker named Steve took a shine to her, and she found herself uncomfortably rebuffing him on several occasions. He knew she had a boyfriend, but I think he may have felt she made him up as a way of making excuses.

In the end, Aly and her British boyfriend broke up, but not because she wanted Steve. It turned out that both she and her soon-to-be "ex" were far more drawn to what each of them viewed as the delicious-looking natives than to each other. After traveling the world together for quite some time, they parted ways so they could each pursue others.

Alyson was the first woman that I had experienced in Japan who was very, very strongly drawn to the physical type that most Japanese men constituted. There were women who found them attractive, but she was crazy for them. She liked their (by and large) slender, hairless appearance and the first target of her attention was a young man who was doing some time in Nova's lower management before moving on to the upper management. She was my exact opposite in this regard as I'd grown up a KISS fan and wanted someone hairy and meaty who reminded me of Gene Simmons. The merits of particular male aesthetics were not infrequently on the table in our conversations given our divergent tastes in men.

The object of her initial desire was slumming it along with the female managers in order to learn the ropes in the field and then he'd move up to the head office and occupy a desk for the rest of his career. I don't remember the young man's name, but he went by the nickname "CJ". He couldn't have been older than 28 and had a smarmy smile and a pleasant demeanor. He was always polite and business-like and I wonder in retrospect if she was drawn to his polish and professionalism. It could also be that seeing a man in a well-fitted suit did a number on her, and most of the Japanese men we experienced were very well-dressed every single day.

After months of trying to get together socially with the target of her lust, Alyson finally managed to hook up with CJ. This took no small amount of scheming as she had to convince him to go out for a drink with her and others on a few occasions to warm him up to the ideal of a tryst with her. When they finally enjoyed a carnal evening, she was very disappointed. He insisted on wearing not one, but two condoms. I am guessing that this had more to do with her gaijin girly part cooties than his fear that he'd impregnate her, but I cannot know for sure. She did not go into explicit details, though she did indicate the interlude was brief, and she did relate that it wasn't in any way what she'd hoped it would be. Also, at one point she pulled out a tube of "lip cream" (Chapstick) and said, "that's about the size of it."

After their disappointing night, things were fairly awkward around the office. Alyson went from daily talk of how "yummy" CJ was to regarding him with scorn and disdain. It seemed in retrospect that he was right to resist getting involved with someone in the office because of the resulting interpersonal animosity. For several weeks, they only shared brief and officious exchanges over scheduling and student files. Business as usual, sans Aly's drooling and longing for a coworker, eventually returned. (to be continued)

*If you're a chemistry geek who knows about a billion times more than me (not a difficult feat), please don't go into deep lecture mode and tell me how dumb I am. The fact that I'm reviewing lectures in introductory chemistry means I already know how dumb I am.