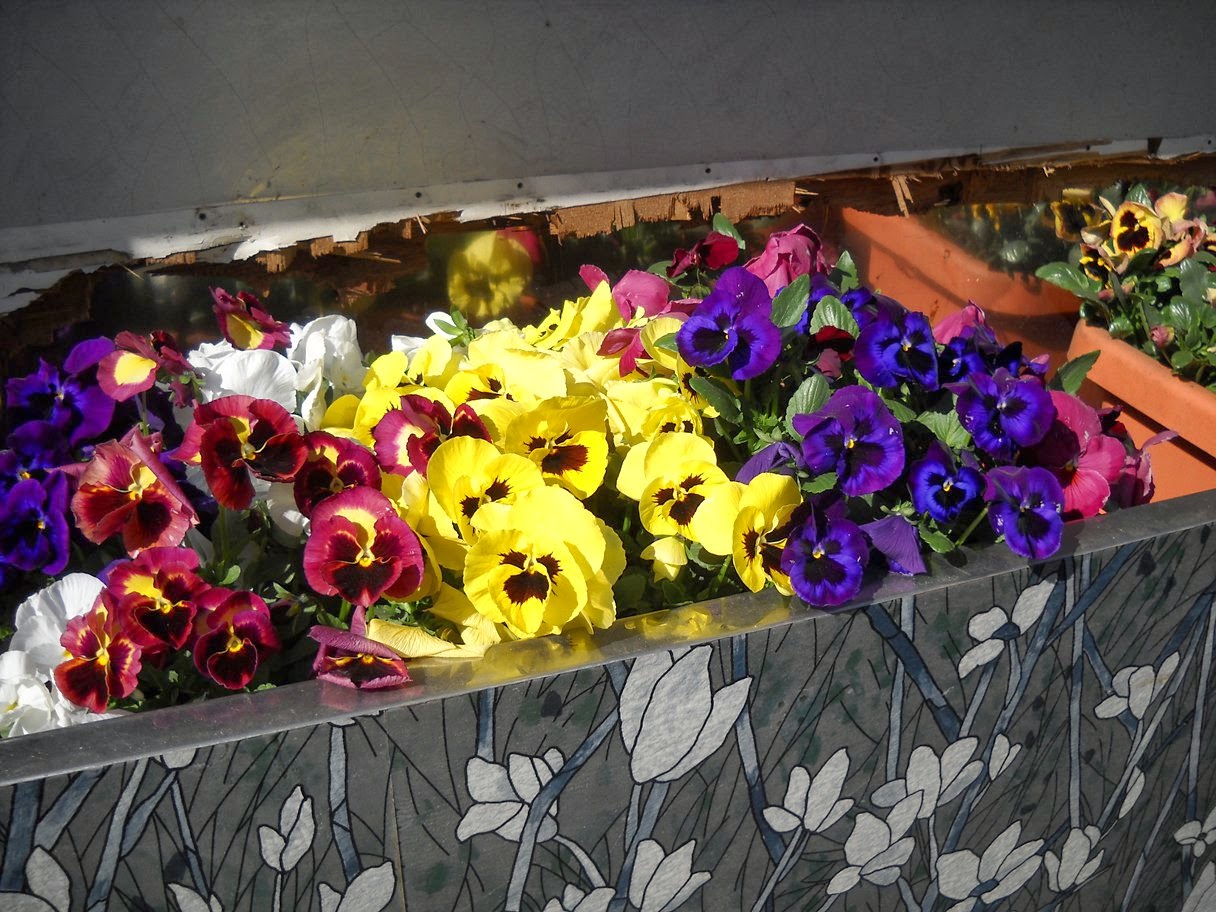 You can't tell, but these were in Okubo in Tokyo along Ome Kaido Avenue. Yeah, flowers pretty much look like flowers everywhere.

California, where I'm currently living, is in the grips of a long drought. This is a unique experience for me as I lived in a place that had what appeared to be five seasons. The fifth one was "the rainy season, of which there actually appeared to be a major and a minor one. Water was rarely in short supply. In fact, I heard one year that the collection tanks in Tokyo were in danger of being so over-full that floods were a possibility.

At any rate, despite the lack of water in California, people seem to be good with watering their lawns on a regular basis. This is somewhat irritating, but not nearly as annoying as the fact that the automatic sprinklers that they use to do so seem to spend as much of their precious liquids on the sidewalks as they do on the grass. I like to walk and it's very, very common to have to side-step sprinkler systems that are sending rivers of water down the streets and threatening to douse passersby.

In Tokyo, I never had to deal with this. Even in areas with artificially maintained greenery (such as the government building that was not too far from my home), they seemed capable of making the water hit the spots it was supposed to and keep it off of the ones it didn't belong in (like the streets and sidewalks). I very much miss the lack of obtrusive and wasteful lawn sprinklers.
Posted by Orchid64 at 8:00 AM

Email ThisBlogThis!Share to TwitterShare to FacebookShare to Pinterest
Labels: sprinklers, water, will miss