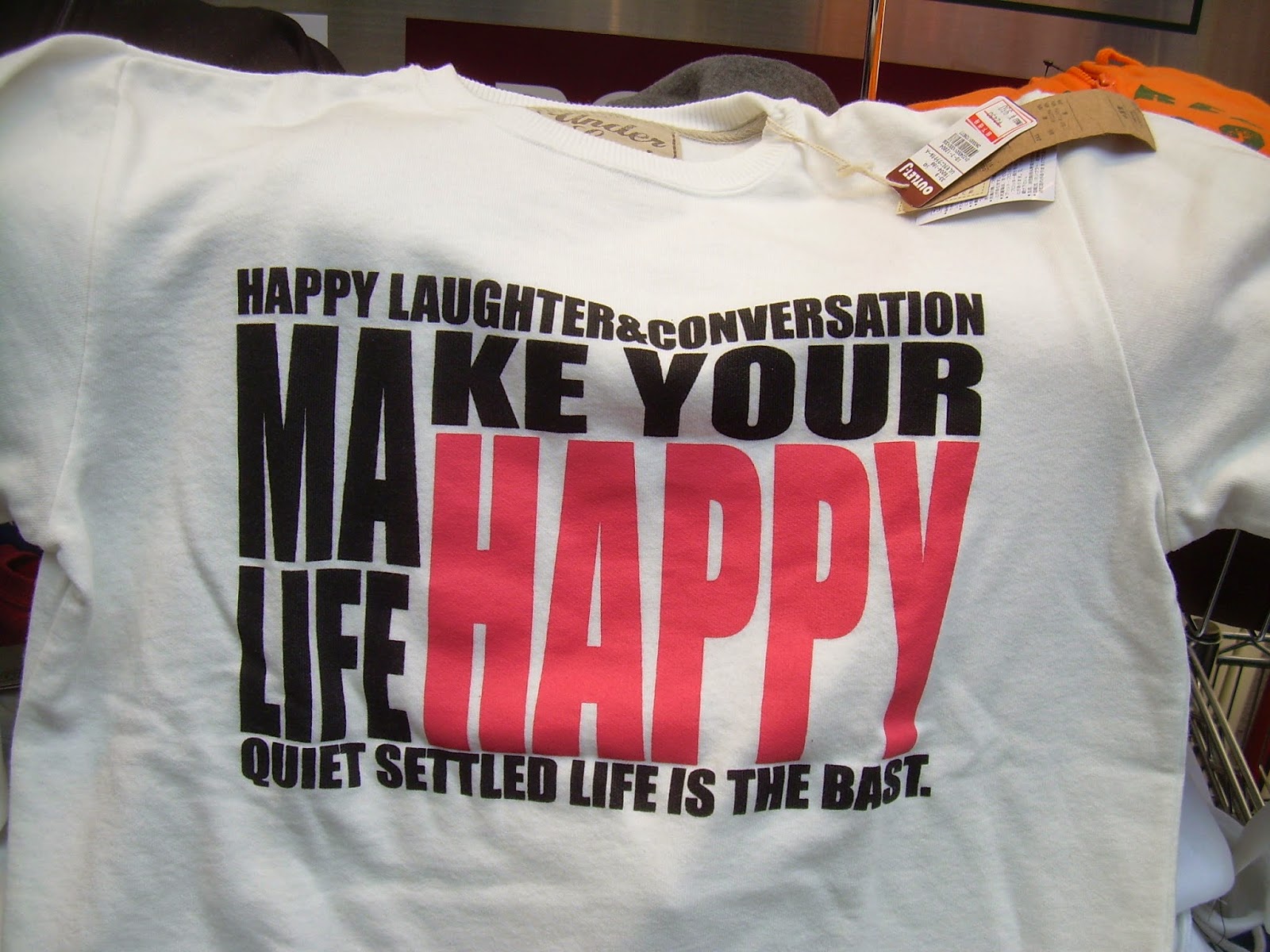 This is the 3rd and final part of a short series of my memories of my coworker named Alyson. Here are parts 1 and 2.

During her tenure at the juku, Alyson grew smitten with a 15-year-old boy named Kenji. At the time, she would have been 25 or 26 years old. Both she and this teenager wanted to get something going between them, but she was afraid of statutory rape charges being brought against her if anything happened before his sixteenth birthday. She investigated the legal age of consent in Japan and found out that it was 16 for Tokyo at that time. They kept their pants on until the magic day passed and it was noisy sexcapades in the apartment she shared with two other fellows (one of which I knew and who lamented the carnal din to me at one point).

Aly and Kenji had a relationship, or as much of one as a person can have with a teenager from another culture, for three or so years until Kenji decided to go to Temple University in the U.S. Alyson was heartbroken that he was leaving and I think she genuinely loved him, but I don't believe he saw her as anything more than an interesting stepping stone on the path to his maturity. I'm sure he was sad at their parting, but their communication at a distance degraded markedly over a limited time.

I have no way of knowing how Kenji felt, so I am speculating based on how things ended, but she told me that he was fairly matter-of-fact and resigned to the end when it came. She told me this one day soon after he left at a point at which she said she had grown furious with me at 1:00 a.m. in the morning on the day he left because she felt I should have "known" magically that she was devastated at that point in time. She knew it was unrealistic and unfair, but she needed comfort and I wasn't there for her.

After Kenji left, Alyson's days in Japan were numbered. She had planned all along to leave and work translating Japanese to English in England, but she lost her enthusiasm for being in Japan at all once he left and started to tick off the days until she had enough money saved to leave and comfortably wait out the job-hunting process back home. This career plan was part of why she pushed herself to learn Japanese so well.

For Alyson, with her chances to speak Japanese every single day in a variety of natural situations, relative fluency came fairly fast. For my husband, who started to study around the same time as Alyson and who went to a school and had nothing more than casual exchanges at shops for practice and a one-hour language exchange in which he spoke with a woman in Japanese, such practice was much harder to come by. His speaking ability lagged behind hers, unsurprisingly, though his kanji ability was as good or better than hers.

Within a year or so of Kenji's departure, Aly did go home and find a job at a Japanese pharmaceutical company as a sort of glorified secretary. She mainly used her Japanese to scan newspapers for news of interest to her boss and did whatever clerical work was required. She wasn't exactly translating, but she did put her knowledge to some use.

It should be noted that one of the things both of us had in common was that we were great correspondents at a time that pre-dated e-mail and cheap Skype calling. Keeping our friendship alive at a distance was relatively easy. She told me about her work back home as well as her personal life. Surprisingly, she got involved with a man named George who was hairy and meaty (totally off-type for her) and became accidentally pregnant. I talked her through the anguish she felt as she debated keeping the baby or having an abortion.

She decided she wanted to keep it despite looking at a future as a single mother as she wasn't sure she and George were to be a couple. I supported her entirely in her decision and I believed she had the potential to be a good mother, though I knew that there was going to be a lot of hardship in her future. Unfortunately, she suffered an extremely dangerous ectopic pregnancy and lost the baby.

Though we shared our time in Japan and being great at letter writing, one of the things we did not have in common was our view of relationships. Aly's parents had divorced and she believed no relationship could truly be sound or have lasting potential. Her parents divorce situation was quite ugly and her view of the bonds between people were permanently stained by what happened between them. She could not see anything other than the ultimate disintegration or loss of love in relationships. Even though my husband and I had been together for 5 or so years and were still deeply in love, she believed that it would not last.

At one point after she went back to the UK, she suggested that my husband's Japanese level should be far higher than it was. The things that she said made it clear that she felt he was using me to earn income and was dragging his heels on his studies so he could procrastinate at home. I was extremely offended by this both because it cast me in the role of an unknowing dupe and him in the role of a user. This was not the situation at all. His level wasn't advancing as fast as hers did because he couldn't spend hours when he was supposed to be teaching people English shooting the breeze in Japanese for practice. She told me that she rarely taught anything at the culture center and spent more time chatting with the teachers at the kindergarten than teaching the kids.

Being a foreigner married to another foreigner meant that he had to find every chance to practice and it was hard carving out the time and finding the right person to practice with. He went through a couple of conversation partners and found most of them wanting. They often spoke too naturally for his level, doing what was easy for them rather than assuming a vocabulary and topic level which was appropriate. I explained this to her, but she responded by saying that people want you to tell them "the truth", but then get angry with you when you do.

That was the end of my friendship with Aly. I will tolerate a fair bit in the way of differing viewpoints with others, but I won't accept people insulting my husband because they have their own issues to work out. In retrospect, I wish I had managed things more empathically and understood that this was the damage she suffered as the child of a divorced family manifesting and it had nothing to do with my husband and me. At that time, however, I couldn't see it as anything but an insult and an unfair judgement.

Since the advent of Facebook, I've tried to track down Alyson, but she either has no presence online or her name has changed. It also doesn't help that there are so many people out there who seem to share her name so it's hard to sift through them all. I'd like to think she ended up really happy, and I'd like to try to mend the rift with her that ended things.

I sometimes talk about things which are hard for others to understand because I'm the sort of person who finds science amazing and interesting, even when it is complex and hard to understand. So, forgive me for what I'm about to talk about. There is a chemical in our bodies called oxytocin. It is often referred to when people talk about what is released when we fall in love. It gives us a sense of well-being and calms us down. Mothers and children bond because of it. Lovers feel paired because of it. However, friends and friendship also create oxytocin. Without Alyson, in my early days in Japan, I would have suffered a lot more stress and emotional issues because she was the only friend I had. She provided me with oxytocin at a time when I had few others to turn to.

I didn't understand the mental health benefits of a really good friendship then, but I know it now. Friendships aren't mere distractions or for help when you need it. They sustain our bodies and our brains in ways we don't tend to think about. Without them, our entire quality of life, including our physical health, can and will likely be affected.

Though I don't think our friendship was one of those great ones that was fated, she was an integral part of my early life in Japan. During those early days, when my husband and I only had one day off in common and I was on my own one day a week, she and I explored parts of Tokyo together (as well as chatted at work a lot). We used to meet up for shopping or talking and talked a lot. She was always kind to me and, up until that future rift, quite supportive and giving. I loved talking to her and I don't know how I would have coped through those early years without the comforts of her friendship. I'd like to express that appreciation and apologize for the lack of compassion that accompanied my ending things with my reaction to her statement, but the truth is that I have no guilt over what occurred. I just think sometimes those orbits stop intersecting when the nucleus changes.