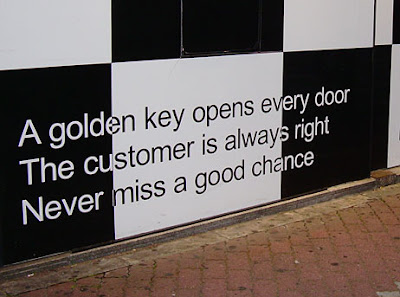 There are a plethora of ways in which the Japanese do business differently than the rest of the world. This often causes problems for foreign partners, and for the Japanese branches of Western businesses in Japan, but certain choices are better for Japanese people. One of these differences is the order of priority when making decisions. The Japanese place customers first, employees second, and stockholders last whereas Americans tend to place stockholders first, customers second, and employees last. In the U.S., stockholders profit at the expense of workers, even if it means cutting health insurance, poor working conditions, and low wages. The Japanese have more of a sense of a social contract between companies and citizens. That's not to say that Japanese employees live in some sort of dream land when it comes to working conditions (nor that great sacrifices are made for them), but just that their interests are a higher priority than in Western companies.

I'll miss this way of doing business, and the effect it tends to have on the quality of life for employees in Japan.
Posted by Orchid64 at 12:15 AM