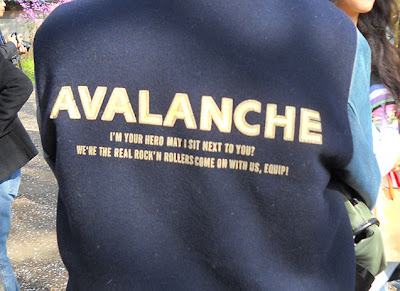 One of the earliest indications that you are regarded as unappealing in the eyes of some Japanese people is the fact that they will get up and leave their seat if you (a foreigner) sit next to them. There's also the fact that people will choose not to sit next to you if you are a foreigner. Some foreigners believe that this is somehow the result of foreign folks doing something "wrong". They excuse this behavior saying the foreign person must smell bad, be too fat and take up too much seat space, or make eye contact and therefore make the Japanese person nervous. That's a crock concocted by apologists. Japanese people get up if you sit next to them or refuse to sit next to you because foreign people make some of them nervous or uncomfortable simply because they are foreign, not because there's anything wrong with them. It has nothing to do with us personally and is just another manifestation of prejudice and ignorance.

I'm not going to miss these overt gestures that show that I'm somehow less appealing merely because I don't look Japanese.
Posted by Orchid64 at 12:15 AM