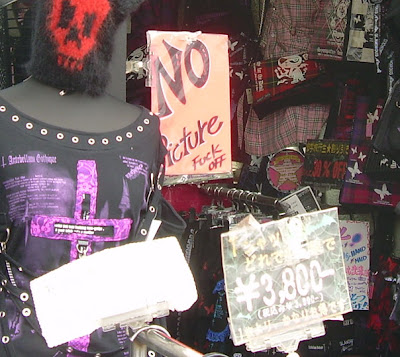 The Japanese sales ethic is all about copious amounts of courtesy. You would be hard-pressed to find a written warning or caution for customers in Japanese which was written in rude language. On the other hand, it is quite easy to find rude or outright profane messages for customers written in English. You also find that many security-related messages are written only in English. In particular, you find that messages stating that an establishment is being watched by security cameras are written only in English. The underlying messages are clear in both cases; it's okay to be rude to non-Japanese customers and only non-Japanese customers may commit crimes so security messages need to be delivered in a language other than Japanese. The fact that not every message in Japan is offered bilingually underscores this viewpoint.

I won't miss these little reminders that foreigners are to regarded with suspicion and deserve less courtesy than the natives.
Posted by Orchid64 at 12:15 AM