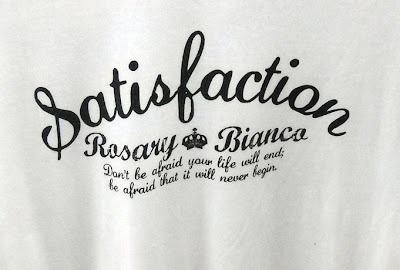 There was a movie made in the late 80's called Tokyo Pop which shows a scene with the main character, a young singer from America, walking through the crowds in Tokyo. Her blond head and blue eyes stand above a sea of dark heads going in the opposite direction. That comes as close to anything I can say or show about the sense I'm trying to describe. I've been in Japan for a long time, so I tend to sleepwalk through life much as I did back home. Every so often, like Rubin's Vase or other optical illusions that you suddenly see as one thing instead of another, I snap back to a profound sense of how alien the world around me is. It's like realizing that I've been living under water and I'm neither a fish nor capable of surviving without special assistance. I've been wearing a breathing apparatus for so long that I've forgotten its there, but suddenly I realize the truth. The moment is terrifying in its starkness, and makes you feel intensely vital.

I will miss those moments which snap me into another sense of reality, and how alive it makes me feel.
Posted by Orchid64 at 12:15 AM