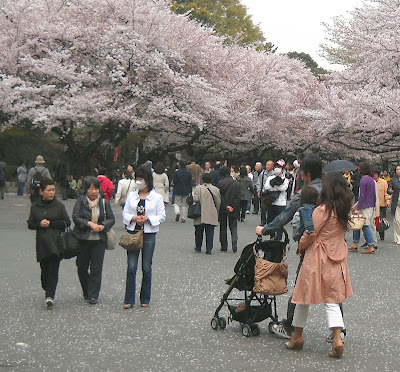 I once had a discussion with a student in which I taught her the word "fallback". She was talking about how being married with a working spouse allows the other party to take career risks because there was one stable income to rely upon. Our talk was about how vulnerable single folks can be economically as compared to married ones. However, I reminded her that she had a fallback in case of economic hardship in that she had her family. If her world suddenly fell apart, she could live with them (and indeed had done so up until two years ago when she moved out of her own volition to experience independence). One of the things about being a foreigner in Japan is that you don't have any fallbacks. Many people who think we live an awesome life of overpaid ease and adventure don't realize that most of us remain here without a net. If the chips fall, no one will be there to help us pick them up. The impact of this is that small blips in the stability of your life can feel like large upheavals because you have nowhere to go and no one to turn to if things take a turn toward the worst. Indeed, I think this was part of the psychology that fueled a lot of the foreigner flight from Japan after the big earthquake on March 13, 2011.

I won't miss knowing that in cases of medical, financial, logistical, psychological, or disaster-induced hardship, my husband and I have no fallbacks because the kind of people who we can ask for such support are half a world away.
Posted by Orchid64 at 12:00 AM