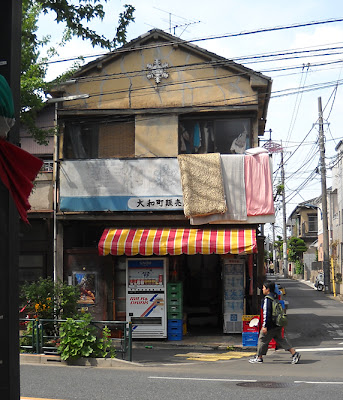 I'm a fan of all old houses in general, though the truth is that I like those in a state of disrepair best. In Tokyo, where there is constant renewal, finding an interesting old house is like locating a prize in a Cracker Jack box. Such houses have a special appeal because of the relative infrequency of seeing them, but also because they are increasingly rare snapshots of Japanese society from a past era. They reflect not the distant past, but the state Japan was in when I arrived 22 years ago or somewhat before.

The design, the decay, and the way in which the people who continue to live in such places carry on their daily lives interest and intrigue me, and I will miss that.
Posted by Orchid64 at 12:15 AM