Will Miss #342 - Japanese gardens and parks 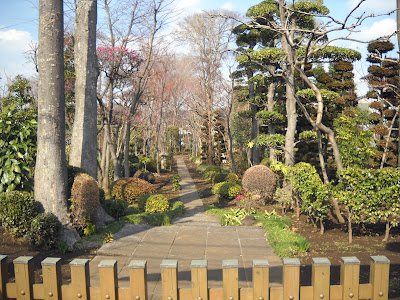 One of my friends recently took a tour through a Japanese garden in San Francisco. It had all of the stuff you expect to see in such a place, particularly if it is designed with tourism in mind. It's also not exactly the type of thing you tend to see in Japan since all of the elements of that garden don't tend to appear in one place here. For example, you don't tend to see cultivated trees, meticulously groomed flower beds,  and sparse rock gardens together, but rather as individual entities. Japanese gardens and parks tend to have characters all of their own, and many of them look like little snapshots from a book of fairy tales. Walking around Tokyo, I'll sometimes chance upon such places amongst the urban and suburban sprawl (and the greatly more common "dirt parks").

I'll miss the sense of whimsy, care, and beauty that such gardens give me.
Posted by Orchid64 at 12:15 AM