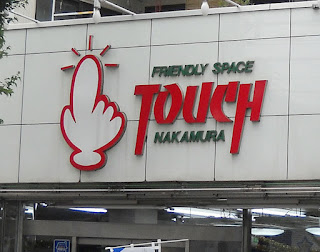 If you've lived in Japan long enough, and especially if you have lived in Tokyo as I have, you know the instant you are dealing with someone who was born in Osaka. The way in which they communicate with you is faster, freer, and more friendly. When you visit the city of Osaka, people walk faster and look where they are going (as opposed to Tokyo where they are oblivious to all and sundry) far more often than in Tokyo and they're far less likely to stare at foreigners. When I do English level tests by phone, I know immediately if someone is from Osaka. Since we're speaking in English, there's no accent or appearance to betray their origin. It's pure character.

People from Osaka are refreshingly more akin to what Americans are used to in terms of personality while still retaining many of the very best aspects of the Japanese character, and I'm going to miss talking with Osaka-ites.
Posted by Orchid64 at 8:00 AM