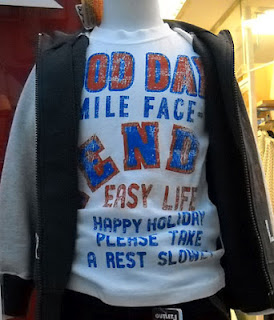 Though I lived in a country which is seen (often justifiably) as a conformity factory, all countries and even individuals expect you to react and behave in a certain manner within that culture. Even a highly individualistic culture like that in the United States has expectations of people. The main difference between Japan and the U.S. is that individuals have their own ideas about how you should think, feel, and react whereas, in Japan, society has rules and general expectations of how you should think, feel, and react. The straight jacket for you in America is custom-made and tailored to fit based on the particular notions of the person who is dealing with you. The one Japanese have is mass-produced and looks the same on everyone. In the U.S. , there are no societal norms about behavior, but there are still individual notions of what people "should" do, think, and feel and what they believe is "right". Generally, each person feels what is right is to be just like them.

I realize now that I am back in situations in which I'm expected to be a certain way that one of the things which attracted me to Japan was that I was largely free of any specific expectations other than that I be "different". I miss the fact that there was no behavioral straight jacket on me in Japan and that I was as close to being "free to be me" with less censure or negative feedback as I'm likely ever going to be in my life.
Posted by Orchid64 at 8:00 AM