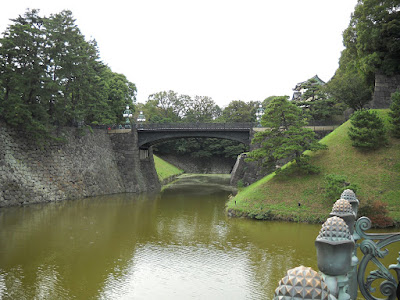 A recent headline asserted that the Emperor played tennis for the first time since his heart bypass operation. This is what passes for news in Japan when it comes to the royal family because the mainstream press is strictly controlled in regards to what they can say about them. They cannot criticize them (like how wasteful the imperial system is and how it does nothing for Japan) and they cannot talk about juicy scandalous things (like the troubled life of Princess Masako as an unhappy bird in a gilded cage). Banal bits of mundane information are offered up as if they have significance. I wouldn't be surprised if one day we'll read about how he had a bowel movement after several days of constipation.

The way in which the life of the imperial family is talked about in Japan demonstrates their status as an anachronism. They serve no real role in Japanese society, not even as a model of Japanese culture or character because they can only be seen and spoken of in a limited and pointless fashion. I won't miss this sort of news and what it means on a deeper level, and that is that any potential that they have as social or cultural leaders is smothered by a desire to protect and control their image and perceptions of their power.
Posted by Orchid64 at 8:00 AM