Will Miss #492 - my illusions about America 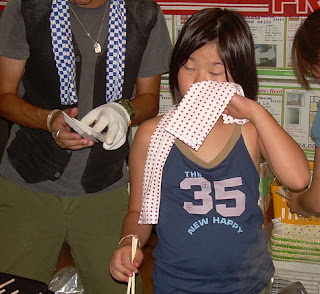 One of the reasons that I do this blog is that I want to show a more fully rounded perspective about life in Japan. Of course, that perspective is always subjective, but I am at least trying to find a balance by talking about the positives as well as the negatives. For many years in Japan, I also tried to be balanced about how I viewed America. One could never have accused me of being overly positive, but I did often feel that many perspectives on the U.S. were overly negative, especially as they came from an ethnocentric viewpoint. Of course, people who weren't from the U.S. would hate the food. They weren't used to it. Of course, they'd think that the overly familiar and casual way that service people deal with you was not polite enough. It isn't their way in their country. Of course they'd feel we were loud and too expressive when they are usually reserved and passive. That doesn't make one way "good" and the other "bad", just different.

In the end though, there were things about America that I either remembered wrong or have changed since I stopped living here 23 years ago. In Japan, I was often treated as a resource rather than a person. People wanted to use me for free English practice, to learn about a foreign culture, or as a token foreign friend. I did not expect to feel as though I was being "used" in the same way upon returning home, but I frankly feel that people regard me similarly here for different reasons. Perhaps it is the focus on "networking" or the consumerist culture, but I often feel that people mainly look at me as a resource or as a potential customer here as well. There was an illusion that I held about American people and culture and that people valued one another for the "right" reasons. I was able to maintain that only because I was living in Japan and removed from the reality.

The illusions I had about American people and culture were comforting and helped counterbalance some of the negative experiences I had in Japan, and I miss them.
Posted by Orchid64 at 8:00 AM