Random Thoughts: Where I go from here 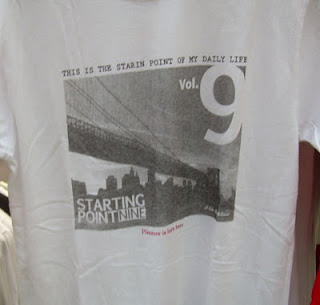 As of yesterday, I finished my 1000 things, 500 good points and 500 bad points. There were times when I thought I would not make it, and times when I was certain that I would. In terms of the full content, I'd say that I'm not happy with some, but am mostly happy with the vast majority of my posts. As Dave Barry used to say, and I paraphrase, 'they can't all be gems'. Not every post is an earth-shattering observation or an exploration of a nook and cranny of life in Japan that is of optimal interest, but that's not what this was all about.

What this was all about was remembering my time in Japan and doing so in a way which was more meaningful than an album of pictures from a trip to Mt. Fuji (which I never went to, incidentally) or a vague recollection of a certain experience years after it had occurred. It was about details of my experience, warts and all, as well as processing and reflecting on them in a personally meaningful way. It was about pausing in the sleepwalk I did through that life and taking careful notes of what was around me and how I felt before I left that environment and lost the luxury to do so.

In terms of where I go from here, I have no intentions of stopping this blog, though I clearly cannot continue to churn out new content at the same rate as I have in terms of stacking on more new "things". Obviously, I've been mulling this over for some time as the end drew near and my plan is as follows:
It's possible there will also be other surprises. Now that the "burden" I placed on myself to do an arbitrary number of posts is over, I can go anywhere I choose. It remains to be seen just where that might be, but I sincerely appreciate everyone who came along for the ride and anyone who chooses to keep going along with me. I really do appreciate that people take the time to read what I write, and hope you continue to enjoy whatever comes in the future.
Posted by Orchid64 at 8:00 AM