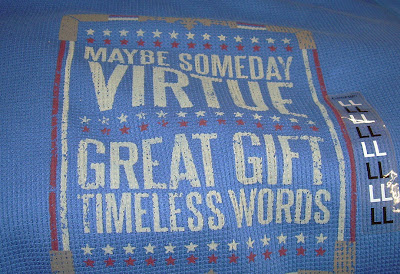 I talk a little about my background in the "About Me" section, but that's hardly the full picture. For instance, I worked at a Japanese office, and part of that job was teaching. Another part was that I created textbooks. I not only wrote content, but I did desktop publishing. To that end, I taught myself how to use Adobe Photoshop, InDesign, and Illustrator. I not only learned them, but I did so very well and passed the test to be an A.C.E. What is more, I did everything at my own expense. I even used my own personal computer and scanner in the office because the company was too cheap to buy machines new enough to run professional software. My company benefited from money I spent, time I invested, and skills I cultivated for over a decade and they invested nothing. They paid me about 1400 yen an hour for my time in the office, and that was it.

I also paid taxes in Japan and have contributed (literally) tens of thousands of dollars to the Japanese National Health insurance system. I barely used that system beyond routine dental care and two surgeries (which I paid 1/3 of so I know that I paid for many times over the cost of the treatment) and received nothing but rudimentary social services (e.g., trash pick-up). I have never received one yen in social welfare from the Japanese government. I have done work people wanted and provided services they were happy to pay for, yet I have been called "a leech", "a mooch" and "a parasite". I am labeled so because I worked in the English language industry. For some people, the yardstick for measuring my value in Japanese society was based solely on the extent to which I use Japanese language in my work or daily life.

I won't miss being called a parasite because I don't measure up to an extremely limited notion of what constitutes a person or life of value that is applied only to foreigners in Japan.
Posted by Orchid64 at 8:00 AM