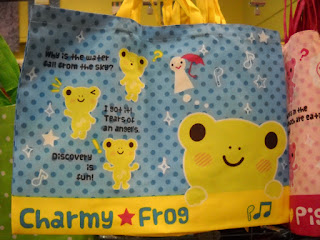 Surely, the tears of angels fall from blue eyes.

I had many discussions with students about their preconceptions regarding Western people, and, to them, "Western" (occidental), meant "white". It meant not only white, but mostly blue-eyed white people. In fact, I was told on more than one occasion that they believed most of us have blue eyes. I learned a long time ago when I studied basic genetics in junior high school that blue eyes are recessive and therefore less likely to be present. The ever handy Wikipedia says 33.8% of the U.S. population has blue eyes. That's certainly a lot more than the number of Japanese who do, but hardly a majority.

The incorrect notion that most occidental people have blue eyes isn't really something you can "blame" Japanese people for believing. After all, most T.V. shows have a stunning imbalance in terms of eye color. I've watched shows in which 80% of the cast are blue-eyed, and it is frequently the case that the main cast are blue-eyed. The thing that annoyed me in Japan was the fixation on blue eyes as something that is incredibly positive and worth noting. Students would tell me they wanted my eye color. Some actually preferred teachers because they had blue eyes and felt that they were getting a more "authentic" experience in learning if their teacher's appearance matched their stereotype.

Undoubtedly, I benefited from this fixation on blue eyes (and light hair), but it always made me feel objectified and uncomfortable. I think the worst part though was knowing that people who were dark-skinned, dark-eyed, and dark-haired were being rated lower in desirability for arbitrary reasons. This fixation made me acutely aware that I was given a benefit for something that I had nothing to do with, and I won't miss it.
Posted by Orchid64 at 8:00 AM