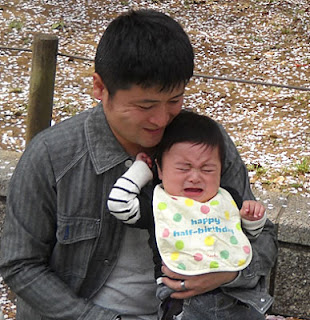 I'm not saying everyone can control their personal volume.

While I did appreciate the order in Japan, I didn't realize the deep extent to which I'd become comforted by the predictability it provided until I came back home and was exposed to more "chaotic" behavior. For instance, it's not unusual in America for people to be shouting things at each other on streets or in stores as if they were in their personal space trying to get the attention of family members. The yelling is not in anger in most cases, but just being loud without respect to the people around them or the public circumstances. In Japan, people did shout at times, but mainly as a part of work. You didn't tend to just have random people yelling at each other at random times. There is a sense of propriety in general (but not always) and people aren't so randomly loud.

At the moment, at least, as part of my reverse culture shock, I find it disconcerting and not a little stressful when people are yelling at each other in the streets. I miss the way in which Japanese people, who could be noisy, but not necessarily because of loudness or shouting, would keep their personal volume nobs turned down relative to people in America.
Posted by Orchid64 at 8:00 AM