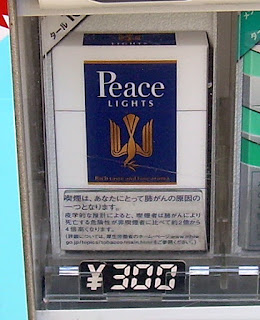 The U.S. has military bases in Japan and occasionally, one of the people living there commits a crime. When this happens, the Japanese media has a field day pointing fingers at the bad Americans with their criminal behavior. Every day you read about (Japanese) parents murdering their children or old people being killed or killing people or babies being abandoned and left to die, but any crime carried out by a person stationed on a base is made into a much bigger deal because the existence of the bases is controversial. Many Japanese people don't want them so they assume an attitude that crimes wouldn't happen in those areas with bases if the bases were eliminated. There is always the either overt or covert message that the Americans are inherently criminal and violent and that the Japanese people would never experience crime if it weren't for the contaminating influence of these soldiers and their families. Frankly, I wish America would remove the bases since everyone would shut up about them and the Japanese would start footing their own defense bill (something which many of them fail to realize is going to cost substantially more than what they pay America to protect them),  not to mention tangling with the diplomatic fall-out from their Asian neighbors that would result from such a change. The fact of the matter remains that the bases are there because they benefit Japan more than they harm them, but the focus is always on the deficits and never on the (rather large) benefits of this military presence.

I won't miss hearing all of the claptrap about the American military bases in Japan.
Posted by Orchid64 at 8:00 AM