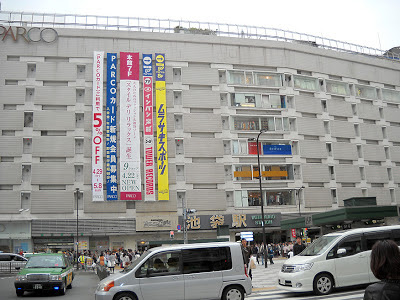 I will admit that I didn't live in an area in Tokyo where everyone had a car. That being said, I did live next door to several people with cars as well as a stone's throw (literally) from a business which had about 8 vehicles coming and going from its lot all day. I also walked around Tokyo for hours and hours (likely thousands) and experienced many people parking their cars and presumably locking them. One thing I never experienced was the sound of a car horn or alarm loudly hooting once like an errant mechanical fart when someone automatically locked their vehicle. In the U.S., obnoxious confirmation noises as people lock their cars by remote are everywhere.

I don't know if I just didn't happen to walk by anyone with said sounds enabled, didn't notice them, if the noises on Japanese cars when remotely locking up aren't as obnoxious*, or if the Japanese just didn't lock their vehicles because they thought it was safe, but I certainly appreciate now that I didn't have to put up with this particular type of random noise pollution while living in Tokyo.

I miss the lack of obnoxious car locking sounds.

*Note that I suspect (but am not sure that) this was the case. My husband and I bought a Toyota Prius as our car upon returning to the U.S. and it does not use a loud chirp or (even worse) a horn blow. It has a much mellower relatively subdued double beeping noise. I wonder if Japanese car makers offer a more refined solution because their consumer market wouldn't put up with such jarring noises, but I have no way of knowing without more experience with Japanese cars.
Posted by Orchid64 at 8:00 AM