Will Miss #3 - my landlord (reflection) 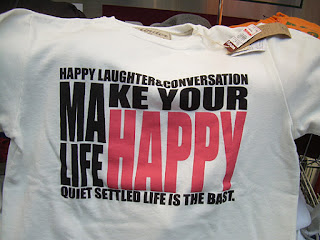 My husband and I never had to rent an apartment in the United States for various reasons up until recently. We had no idea what it was like to live in an apartment here until about a month ago. Apartment hunting in general is not fun in either Japan or America, and one of the reasons we stayed put in our apartment in Tokyo for 23 years was that fact, but the other was our gem of a landlord.

One thing that is important to keep in mind when assessing an experience in a foreign country is very different from doing so for a similar experience at home. Our landlord performed triple duty in Japan because he not only rented us a piece of his property, but he also translated and was a buffer for us with services that we had problems dealing with because of cultural of linguistic issues, especially earlier on in our stay there. He didn't merely take our money and fix our apartment, he actually assisted us in navigating the difficulties of life abroad.

In the U.S., the truth is that we don't need a landlord to manage our affairs in such a fashion. We can easily do such things for ourselves because we can speak, read and write the language fluently, and we know the culture (well, pretty much, we're a bit behind). The value of a particular type of relationship very much depends on context. Having an involved and helpful landlord really mattered in Tokyo for us. Here, it doesn't matter so much.

It turns out that, except for the fact that our landlord and his wife were our neighbors and generally very kind and lovely people, I don't really find myself missing the role he played... at least not yet. Right now, we live in an apartment complex which has an agent living on the premises who seems to be pretty helpful and responsive to requests much like our former landlord was. Perhaps we got lucky twice, or we haven't lived in our new place long enough to really test the waters. At this point in time, however, without the complexities of life in a foreign country, I'm finding that we're not really missing our ever-helpful landlord as I thought we might, because we don't need an ever-helpful landlord when we're not fish out of our native waters.
Posted by Orchid64 at 8:00 AM