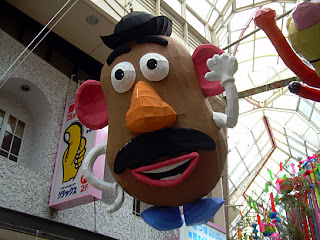 It wasn't the least bit uncommon for Japanese people to say rude things about me to one another in Japanese. In some cases, I think they felt I could not understand and, in others, I think they didn't care if I did. It happened with such regularity that I started to take it in stride. That being said, there was another level of this behavior which did make me angry and that was when people would say something rude about me to a compatriot and then turn around and notice I was looking at her (it was always a "her") and then smile sweetly and nod at me as if exercising some sort of courtesy or kindness to the dumb foreigner.

This sort of nastiness followed by some sort of fake niceness was far worse than the casual rudeness that people indulged in at my expense and I do not miss it.
Posted by Orchid64 at 8:00 AM

Email ThisBlogThis!Share to TwitterShare to FacebookShare to Pinterest
Labels: language, rude behavior, rudeness, will not miss