These week, I'm offering up some memories from one of my readers who has written a book about his experiences in Japan and is raising money to have it published. When Bryan offered to share his experiences via my blog, I thought it might be interesting for my readers to see a perspective other than mine, particularly since he had two very large experiences that I did not. First of all, he was in a relationship with a Japanese person. Second, he worked with children. Finally, he attended school in Japan as an exchange student.

I hope you enjoy hearing about a few of his experiences, and will be encouraging in your comments and questions for Bryan. If other readers would like to share some of their experiences as random memories, I would welcome their correspondence and discuss that possibility. 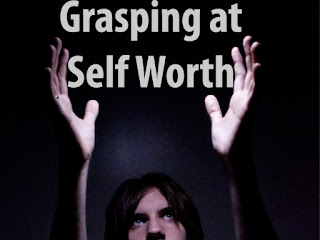 All photos and content (below) provided by Bryan Maine.


Hello,  My name is Bryan and I have had two very different experiences with Japanese schools.  I was sixteen for my first experience and took part in an exchange program.  My high school experience was identical to previous post Won't Miss #426- Japanese education system.  The classes were boring and ridged for the Japanese students which made them particularly mundane for myself, since I couldn't understand a word anyone was saying.  I could only attempt to listen for so many hours before boredom took hold and I would rest my head on my desk.  That's when the teacher came by and with a thump of his fist upon my temple smack my face against the desk reminding me to continue to pretend I knew what was going on.  Each day I couldn't wait to escape into the city where I could explore and forget about school. 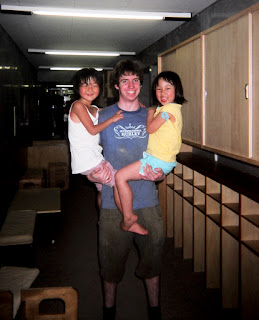 My second experience was completely the opposite.  I was a Canadian university student in Tokyo for the summer with a then girlfriend and needed work.  My friend's father set up a job at a neighbour hood preschool for me within days.  I was weary, expecting to be the warden I rebelled against so strongly only years prior.  Preschool was completely different.  The children were bubbly and full of life.  I noticed if a child was crying or hurt that the teachers had no fear when  lifting the kid up and kissing the scratch on their arm to make it better.  It wasn't "inappropriate" the way it seems our western culture has made it out to be, it was providing general love and compassion to a child. 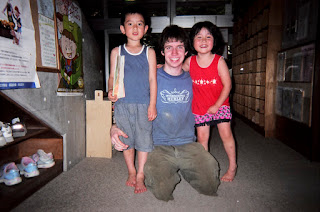 The oddest experience was a particularly hot day that I was asked to assist with a large steal drum sitting a top cinder blocks in the centre of the play yard.  A hose was draped over the side pumping water as another teacher fanned a tiny fire beneath the barrel.  I asked what the set up was all about and they explained that since it had been an extra hot week that we were making a pool for the kids to take a dunk in.  On that note another teacher ushered out a parade of 30 small naked humans waiting for their turn, giggling.  I was shocked.  The entire 5 year old class was standing naked in the school yard and right at that moment an old woman road her bike past the gate and waved with a smile, completely unaffected by the sight.  With each dunk, the child would give a brief shiver before smiling back at their classmates to the cheers of excitement.  After the moment in the spotlight we hoisted the kid out and wrapped a towel around them on their way inside.  "Why are the kids all naked" I asked, lowering a fresh body into the makeshift hot tub.  "Because they don't have their swimsuits today" the other teacher responded matter of factly.  It wasn't odd that tiny kids were naked in sight of the public, it was odd to wonder why.

As my time in Tokyo past the girl I was there to be with became more and more distant and as such I became very depressed.  She resented me for all the negativity of her family towards her.  Each day I arrived at the school in the morning to the joyful smiles of the kids with a level of excitement that expressed hours of anticipation.  One child in particular would run up and tug at my wrist, when I looked down he would laugh with pride that he had gotten my attention.  With a light peck on the back of my hand he turned his face up to grin at me before letting go and returning to the other children.  It was the type of appreciation and excitement I once had in my relationship.  The children of the school were the only thing that kept me sane.  they didn't judge me for being a foreigner but were constantly curious and happy.  Their joy was a reminder to me to try and hold onto mine.

Thanks to Orchid64 for letting me write on 1000 things about Japan,  it is truly an honour.  The experiences listed above are all part of my new book Grasping at Self Worth. The book expresses my experience of travelling to Tokyo with the girl I loved only to have her mother and older sister torture her because I wasn't Japanese and sacrifice my own sense of worth in an attempt to please them.
Posted by Orchid64 at 8:00 AM