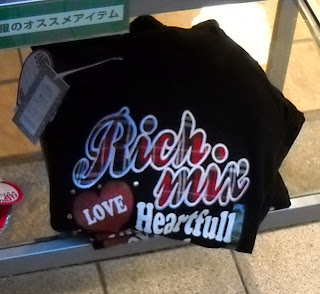 I had a conversation recently with a friend about communication among native speakers of the same language. In particular, she and her family were having some issues trying to understand why a new person of their acquaintance seemed not to be true to her word. It is possible that this person is not actually meaning what she says, but it's also possible that she doesn't mean what they think she's saying.

To help make that clearer, I'd like to offer a personal example. My husband sometimes will say, "I'm thinking about pizza for dinner." When I hear this, I hear a request or an explicit expression of intention. When he says this, he's not being concrete at all. He's merely vocalizing a notion he's entertaining among other possible notions. We've been married for going on 24 years, and we still don't speak the same language when we are speaking the same language.

Communication isn't only about words. It's also about patterns that are set in ones own social circle or family. My family made "requests" all of the time by expressing vague desires. They expected that the rest of us would understand the true intention. My husband didn't operate that way. Neither way is "wrong". It's all about context. In the context of my family, my husband would be failing constantly to "get" things. In the context of my communication with him, I'm always reading into things.

In Japan, I found that I rarely experienced this sort of problem because both sides were trying hard to communicate and understand as well as possible. Here, people are not even aware of this issue and, when misunderstandings occur, they can sometimes become adamant that they were clear and you misunderstood due to intellectual shortcomings or willful desires to frustrate.*

The language and culture gap brought a strong motivation to understand and took ego out of the picture when misunderstandings occurred. I miss the way in which people were always trying their best to be understood and to understand rather than on believing that the other party had somehow failed.

*To be clear, this does not happen with my husband and me. I use a personal example, but we don't have arguments or tension over this because we know it happens and that it's just one of those things.
Posted by Orchid64 at 8:00 AM

Email ThisBlogThis!Share to TwitterShare to FacebookShare to Pinterest
Labels: communication, will miss