Those who have lived in Japan likely already know MOS Burger very well. Those who do not may see it as just another fast food franchise, except this one was born in and mainly operates, in Japan. While MOS Burger looks and feels like any other fast food place, the experience there is actually quite different.

When my husband and I first moved to our apartment in Asagaya (in 1989), there was a MOS Burger about 3 minutes away from our apartment. In the early days, we partook somewhat regularly, though hardly liberally, of the food there. I have much more experience with MOS Burger than any other fast food joint, including any of the big name places like McDonald's or Burger King. That is less a testimonial to my patronage of MOS Burger, and much more an indication of how little a role fast food has played in my diet over my 48 years on the planet. 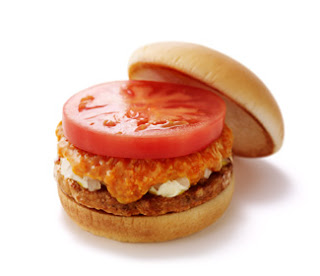 We moved in in 1989, and MOS Burger looked superficially like a Japanese knock-off of McDonald's. Their logo was a big yellow "M" with a red background. Once you ventured inside, you learned that things were a little different, especially after giving the menu a look. Obviously, menu options have changed over the years, but certain things are staples of the MOS experience. One is the classic MOS Burger and MOS cheese burger. They come with a healthy dollop of some sort of chili sauce. About once every two years, I'd get a cheese burger there because I enjoyed the sauce. And even though I never eat hot dogs anywhere else (including at home), I loved their spicy chili dogs and that tended to be my default option.

That being said, one of the many ways in which MOS Burger alters its menu to suit Japanese tastes is that their burgers are made with a blend of beef and pork rather than using pure beef. This makes them softer and juicier, and more palatable to those like me who think beef is the devil's meat. As for why I hate beef, it's not some vego-enviro-knee-jerk-smug attitude. I just think it smells gross and doesn't taste especially good. The blend really does make for a better burger, but it's the sort of thing that will never catch on in the U.S. because of the fondness for rare and medium rare burgers. If you don't want a dose of trichinosis, you have to cook anything including pork until it is well done. 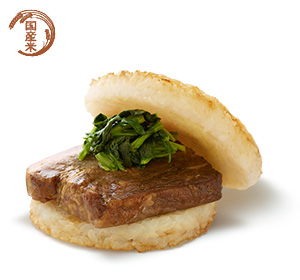 Another staple of the MOS experience are their rice burgers. Instead of having your meat stuffed between two pieces of bread, you can get it between two pressed bits of rice which resemble onigiri (rice balls). The contents of the burger have changed since I was a regular patron, but the concept is the same. In those early days, it was a very sloppy concoction with a burger, some sort of brown gravy and grilled vegetables (heavy on the onion). The pictured rice burger, the current incarnation, has a slab of pork on it. There's also one with fried vegetables (including carrot and burdock). It's rather less neat to eat then it appears in the picture. When we got them, they were always a sloppy mess, but a tasty one. 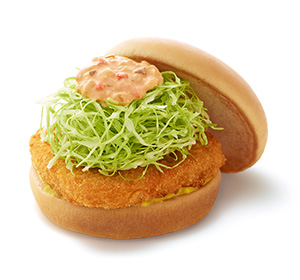 It really isn't the big things which make MOS Burger an operation tailored to suit the Japanese, though, clearly there are big differences, but a lot of little touches are where you see the attention to detail that makes it an experience to lure the hearts and hungry mouths of Japanese customers. They have the standard fried chicken patty, but they serve it with shredded cabbage instead of a limp bit of iceberg lettuce. They also incorporate soy sauce into their flavor profiles (sauces and the like). I always loved that they found ways to get gobo (burdock) into some of their dishes as well. 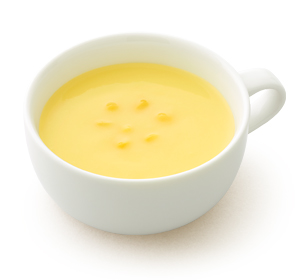 Externally, sometimes it's hard to see how things are more Japanese than not, especially when the options appear pretty mundane. However, if you look at Western fast food chains, most of them do not include the option of soup, and soup is big part of traditional Japanese meals. One of my students said, after a home stay with a New Zealand family, that she loved the simplicity of their preparation because it included only a protein, starch, and vegetable. She complained that, it's so much more complicated in Japan because you have to include a lot more dishes and she specifically mentioned soup. This reflects an awareness of a desire for this item in a Japanese meal, an awareness that neither the golden arches nor the king have or have chosen to cater to. The inclusion of soup with most meal sets continues to be something I miss about life in Japan. I think that it reduces calorie consumption and provides an opportunity for more vegetables to be a part of your meal, especially if the soups are relatively light and healthy as they frequently appeared to be in my experience. 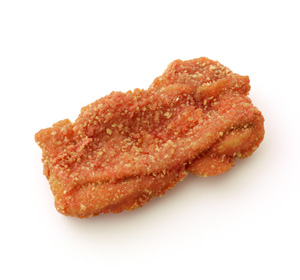 Of course, there are also more overt nods to Japanese tastes. The menu includes things like green tea and oshiruko o(red bean soup with mochi). This is on offer at present, but it's likely seasonal and will go away when the cold weather disappears. The inclusion of any rice-based foods (including two risotto dishes currently) is another nod to Japanese tastes. They also offer melon soda and some truly weird takes on various ethnic foods including a very gnarly looking Italian chicken with tomato flavoring (pictured above). There's nothing more Japanese than the twisting of European cuisine to suit their sensibilities about what such things are.

Despite the fact that MOS Burger has a lot more interesting options for a fast food place, it isn't necessarily a "perfect" experience for those looking for food on the go and that's why it hasn't reached the same level of market saturation as Western chains. The food quality is absolutely superior to any Western fast food chain, but this is achieved through making slow "fast food". They don't prep a bunch of food ahead of time and keep it under heat lamps. Everything is cooked after you order. This makes for lovely fresh food which is usually assembled with care and with well-prepared ingredients (like nice tomato slices and fresh veggies), but it also means you have a pretty decent wait. If we were in a big hurry, we would never choose MOS Burger.

Another big issue, and this is a Japanese market issue, is the portion sizes and the price. MOS Burger food is  simply smaller. This is great if you are watching your waistline or are a dainty eater, but it doesn't appeal to business people, particularly men, who want to rush out and grab some food, scarf it down, and be full until they leave the office late and head home for dinner. For them, there may be a rice cracker or a Japanese sweet from someone who picked up a souvenir between them and a 9:00 pm to midnight supper, so they need the calories to sustain the burning of the evening oil.

MOS Burger, to me, always seemed like it was geared more toward women and families than business people. That is not to say that the latter didn't patronize them, but just that it was less practical. Also, if you looked at food options in concentrated business districts, you rarely saw MOS Burger relative to McDonald's, Yoshinoya, and other much faster and cheaper options. Most of the MOS Burgers I saw were in decently trafficked areas of residential districts. There were some studded here and there in places like Shinjuku and Shibuya, but there were greatly outnumbered by more economical, faster, and less high-quality options. If you went to MOS Burger, you were indicating that you had time to wait and that quality of the food mattered more to you than volume. Sexists as it may sound, this is squarely a Japanese women's consideration. 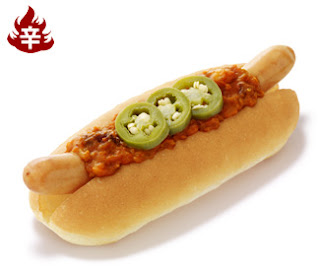 For me, one of the many final experiences I wanted to have in Japan before I left was one last visit to MOS Burger for the sake of nostalgia. I hadn't been there for years because the one close to our home had closed down and I'd lost my taste for fast food nearly completely. However, I used to really enjoy their "spicy chili dog" and developed a craving for a final one. Unfortunately, the shop we went to (in Tachikawa) a few months before we left was staffed by people who were intent on not serving the foreigners. They completely ignored us for five minutes as they found excuses to chat with other the other two customers who had already had their orders taken and were waiting for them to be cooked. They never so much as looked at us as we waited patiently for someone to take our order. We could have rudely insisted by shouting at them, but it really was not worth the hassle. Eventually, we gave up and headed off to find another option. So, though I have relatively fond memories of MOS Burger, and believe that they are a fast food place worth visiting even if you're a tourist, my experiences with them did not have a happy ending.
Posted by Orchid64 at 8:00 AM