Will Miss #508 - volunteers when you look lost 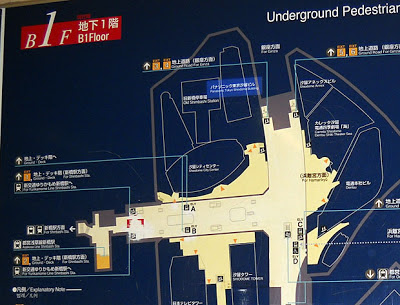 In yesterday's post, I mentioned that I got lost during my first trip to Japan and, what I didn't realize at the time was that there was every chance some kind Japanese person would help me. There were many occasions when my husband would pause to look at a map to figure out where we should turn in a new area that we were exploring. We were not lost at those times. He just wanted to get his bearings, but very often a Japanese person who saw him studying the map would stop and, in English, ask if we needed some help finding our way.

Japanese people are generally pretty insecure about their English language abilities. In fact, I'm certain one of the reasons why people often back away from giving service to foreigners (or scurry away when they see such customers approaching) is fear that the foreign person won't speak Japanese and they'll have to try and negotiate things in English.. The way in which people who are generally afraid to speak English step up to the plate to help someone they believe is lost always impressed me and I miss that.
Posted by Orchid64 at 8:00 AM