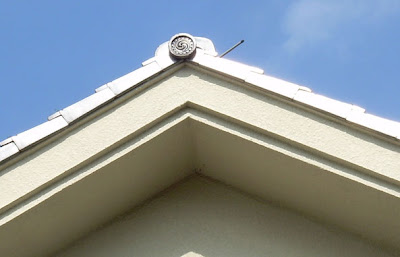 Some people who haven't been to Japan seem to believe that it's all soaring skyscrapers, avant garde buildings, neon and large television displays, temples, and quaint little Japanese homes. The truth is that it's about 80% (or more) beige or gray boxes with no aesthetic appeal whatsoever (at least in Tokyo) because most of the old houses which were built in a Japanese style have been torn down. New houses tend to be built for utility. Still, the occasional home has some Japanese architectural element and they're all the more special for being relatively rare.

I'll miss seeing these little jewels among the seas of boring, boxy homes.
Posted by Orchid64 at 12:15 AM