Won't Miss #173 - watching crap TV because it's in English 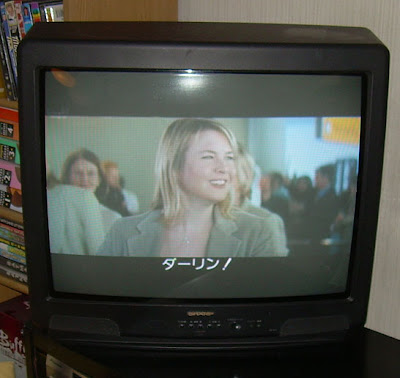 Yes, I watched the horror of Bridget Jones 2 just because it was what was on in English.
Sometimes you're sitting at home having a bad day, feeling sick, or just generally lethargic. You don't feel like tangling with anything that taxes your limited mental resources and you turn on the T.V. for a little passive entertainment. The last thing you want to do is try to tangle with a foreign language so you start flipping the channels to find something, anything, that is aired in English that will allow you to sit there slack-jawed and be vaguely occupied. Part of the problem with living in Japan is that the English-language options aren't vast so you find yourself watching absolute crap on T.V. just because it's in English.

I won't miss embarrassing myself by watching garbage T.V. just because it is what is on in English.
Posted by Orchid64 at 12:15 AM