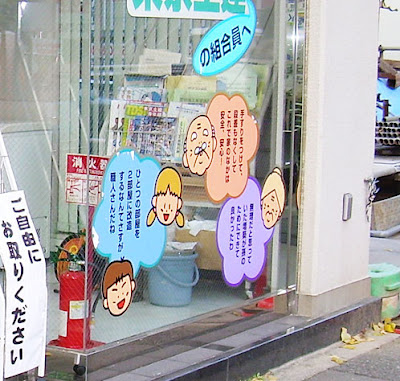 In the U.S., there is a negative stereotype associated with being an adult child who lives with his parents. In Japan, that's simply the norm for many people. The family here isn't parents and children. It's often parents, children, and grandparents. This concept means that elderly parents are cared for by their kids until such time as their medical needs exceed the families ability to care for them. During the years when grandchildren are growing up, the grandparents often act as extra caregivers and babysitters. It lessens the burden on parents during the hardest years of child-rearing. I realize that living with in-laws is hard at times, but the very idea that family will remain together changes the way in which people approach their relationships and makes them emphasize getting along and understanding one another as well as possible.

I think this concept is more humane and natural than the Western concept which is based on the earliest possible independence and later isolation in life, and I'll miss it.
Posted by Orchid64 at 12:15 AM