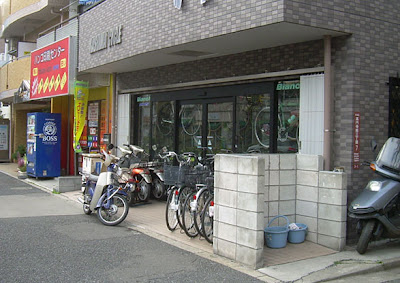 There are several bicycle repair shops in my immediate area, and every time I walk past one of them, I feel just a little irritated. The reason for this is that my husband and I were refused service at this shop. While the "no gaijins allowed" situation isn't as bad as it used to be, it still happens. The main difference between now and 10-20 years ago is that the printed signs in windows telling foreigners they aren't welcome are less common, but that doesn't stop people from simply telling you to go away because they don't want you as a customer. This has happened to me several times, and it has also happened to my friends. I rarely patronize services outside of my small sphere of known places anymore because I'd rather just deal with the foreigner friendly people I know than the potentially foreigner hostile ones I don't.

I won't miss being refused service because I'm a foreigner.
Posted by Orchid64 at 12:15 AM