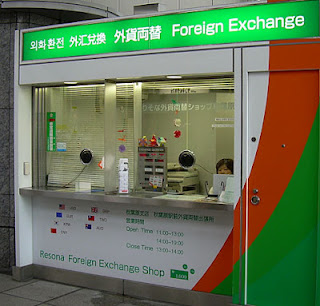 Bad communication can and does occur everywhere, but it is more likely to occur in Japan. Americans communicate clearly and like all details worked out and at least try to ensure that anyone who needs to know about something knows. Yeah, they fail sometimes. In Japan, vagueness is the order of the day. This, in and of itself, does not have to result in a poor chain of communication, but what it does is create an environment where people become comfortable and even expect not to know everything. They don't ask questions or confirm things because they figure someone will tell them if and when they really need to know. This results in many annoyances in which you aren't told something you really should have been told and waste your time or someone hasn't been told something they need to know and they waste your time. This is especially annoying when working in an office (such as people not relaying schedule changes), but can have repercussions for ones private life as well.

My landlord wanted to paint the inside of my apartment door (for reasons I can't fathom) and he asked when it would be okay considering my private lesson schedule. I told him 1:00 pm in writing (so there could be no mistake), and he got the message. He obviously told someone at the painting company, but they failed to tell the person actually doing the job so at 9:30 am, the painter is ringing my bell and yanking on my door handle trying to get in and do the job. No one told him the situation. They just wait until there is a problem and then communicate.

I won't miss the way in which vague communication habits promote poor communication and cause problems.
Posted by Orchid64 at 8:00 AM