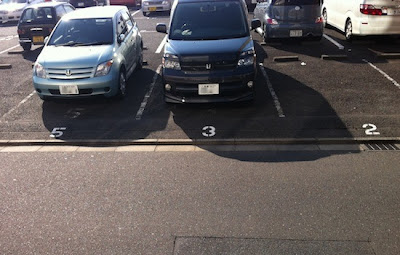 We're all familiar with the fact that some hotels used to skip the 13th floor in Western cultures. For all I know, some of them still do. The idea is that superstitious types don't want to be housed on that floor because of it is associated with bad luck. It's silly because it's still the 13th floor whether it is called that or not. I recently saw a house number which was 666 and wondered if they'd have trouble selling the property in the future. In Japan, the word for the number "4" is the same as the word for death ("shi"), so sometimes you will see businesses avoid using the number 4. This is called "tetraphobia", incidentally, and is shared with other Asian cultures that have used Chinese as a root for their languages.

There's something unifying about the fact that Japan shares the same ridiculous superstitions about certain numbers as we foolish folks in the west and I will miss seeing evidence of this aspect of humanity which is shared across cultures.
Posted by Orchid64 at 8:00 AM