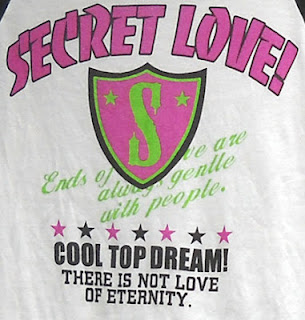 If there is one thing Japanese people seem to be convinced of, it is their own unique nature. Talk of "the Japanese heart" (– 日本人の心), a concept which is ambiguous enough that anyone can apply it to any action and claim it as a reflection of the notion, is not uncommon when folks try to express something about the essential nature of the Japanese character. It can mean kindness. It can mean an attitude or posture toward some aspect of life like work or money. It's an exceptionally broad concept and it never acknowledges for a moment that other cultures may have their own "hearts" which are similarly unique, just as important, and should also be respected and understood. Only the Japanese possess this "heart". "The Japanese heart" can essentially mean anything the speaker wants it to mean. The problem with it is not that there isn't some commonality in character among Japanese people. They are raised in a culture which emphasizes conformity, after all. The problem is that it's used as a catch-all term to either elevate Japanese culture above others or to make it clear to outsiders that there is some essence that Japanese folks possess that they will never fully understand and absolutely cannot develop.

Whatever the Japanese heart is, you can't understand it and you can't have one if you are an outsider. Hearing about this notion is something that I will not miss.
Posted by Orchid64 at 8:00 AM