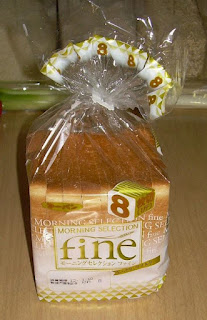 People have not yet given Japan credit for the invention of sliced bread, but I'm sure someone will eventually.

One of the great things about living in Japan was that the world was full of numerous curiosities. I lived in perpetual comparative state. From the way in which the cups are shaped to the manner in which people line up to the way the walls looked, it was all different and therefore more interesting than life at home. Everyone who goes to Japan does this and many observations and conclusions are valid and interesting. Unfortunately, there are some who have a compulsion to so elevate Japanese culture and societal norms above those of their own culture that they give Japan credit where none is due. This is especially so for Americans who often are so self-conscious about coming across as jingoistic or overly patriotic sorts that they react by putting America down constantly to prove they're not those sorts unappealing types of people.

One of the dumbest claims I ever heard about Japan's unique and superior way to handle things was over the little plastic tubs of sugar syrup that are handed to customers when they buy cold beverages like iced tea. The woman who was saying America was inadequate for failing to provide such customer service went on about how everything was much more convenient and thoughtful in Japan. She made a common mistake when comparing cultures. She assumed her knowledge of America reflected the reality of being American and since she didn't encounter simple syrup in her lifestyle back home, she assumed it didn't exist in the U.S. The Japanese weren't superior about this, they merely were more wasteful in giving out plastic tubs of this sugary goo to everyone regardless of need.

I won't miss this tendency among foreigners to give credit where it is not due because they don't realize that they don't know everything about their home culture and don't bother to check.
Posted by Orchid64 at 8:00 AM