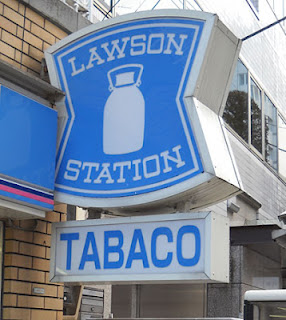 I'd like to think the person who made this sign wasn't stupid, merely that he or she was careless.

There have been plenty of experiences in the U.S. since returning in which I have felt like I didn't know what was going on. Things like using a debit card at the supermarket were new experiences to me. The things which Americans have gotten used to over the years which did not happen in Japan have me flailing about a bit to figure out how this or that system works. In such cases, I just say I've been abroad for a long time and am unfamiliar with how the system works and people smile and tell me what I need to do.

When you are a foreigner in a country in which they know by looking at you that your native language is not the same as theirs, not understanding a system due to lack of familiarity is regarded rather differently than if you are a native. Generally speaking, you are spoken to as if you were a child or very stupid for not understanding even when you demonstrate you can deal with the language itself. There is a higher chance that impatience and a condescending attitude will be directed at you in times of confusion, simply because you are a foreigner.

I've heard that this issue is not unique to Japan and that many people who are recognized as non-natives (by accent in the U.S.) receive similar treatment. It was my happy privilege for many years not to experience this in the U.S. and I don't miss being on the receiving end of being treated like a drooling idiot because I didn't understand something in Japan.
Posted by Orchid64 at 8:00 AM